KGO
NEW YORK (KGO) -- Our colleague Spencer Christian was on Good Morning America this morning, but not as a guest weather anchor. He was there to talk about a secret he kept hidden for years.

GMA Anchor Robin Roberts sat down with Spencer for a very candid conversation about his addiction to gambling.

"Being addicted to gambling, when I began to acknowledge to myself that it was a problem, I was embarrassed. I felt guilty," he said. "I didn't want to be viewed as someone who was stupid and foolish.

Spencer spent 13 years as a weather anchor at "Good Morning America." In 1999, he brought his energy to KGO.

But off camera, he continued to struggle with gambling for many years.

Our own Spencer Christian has written a new book called, "You Bet Your Life." Watch his interview with Dan Ashley, who has known Spencer for years.

When asked how he was able to hide his struggles, Spencer replied, "I knew that I was living a lie. I was being deceptive. People had this one image of me, but I was hiding this other part of me which was just as real and was self-destructive and damaging."

Spencer's book, "You Bet Your Life," he recalled an encounter with a federal agent that shook him up.

Robin Roberts: "When you wrote about the FBI calling, and even though they ended up saying you were on the up and up, it was a real wakeup call for you."
Spencer Christian "Before every gambling trip I'd go to three or four banks where I had accounts and take cash out and then I'd go off and when I'd come back, I'd have all this cash to redeposit, and that fit the pattern of someone covering up drug money or whatever. And so, that is why I was being investigated. And finally he tells me, but we found no criminal activity. He said, you've obviously have a real gambling problem, and for your own good you need to seek some help. That was a scary moment and it was a huge wake-up call."
Robin Roberts: "There were times when you thought that was it."
Spencer Christian: "Yes. That was the last time."
Robin Roberts: "What is it about this time that is different."

Spencer Christian: "My daughter was getting married and she said, 'Dad, I think the world of you, but, you have this problem. And I am going to bring grandchildren into your life. Do you want your grandchildren to know their grandfather as a gambler?' It just hit me like a ton of bricks."

After the interview, Spencer told ABC7 News about revealing his personal struggles to Robin Roberts. "I think she was shocked when she read the book, but she didn't make me feel like she was disappointed in me. It was more like she wanted to know what was going on inside me as I tried to keep this dark secret for so long."

He added, "Writing this book and telling this story publicly is like a cleansing confession. I wanted to say to the world, in addition to whatever else you may know me for, I have also had this as a part of who I am. And I am ready to acknowledge it. Confront it and hopefully other people can benefit from seeing it."

Spencer Christian's book is available on Amazon.com and is currently the number one new release in Gambling Addiction and Recovery.

If you or someone you know is struggling with gambling addiction, please seek help. Here are some resources to get started.

One-on-one with Spencer Christian: @robinroberts talks to the former GMA anchor about his new book, his secret gambling addiction, and more: pic.twitter.com/Zw8HMd1fVt 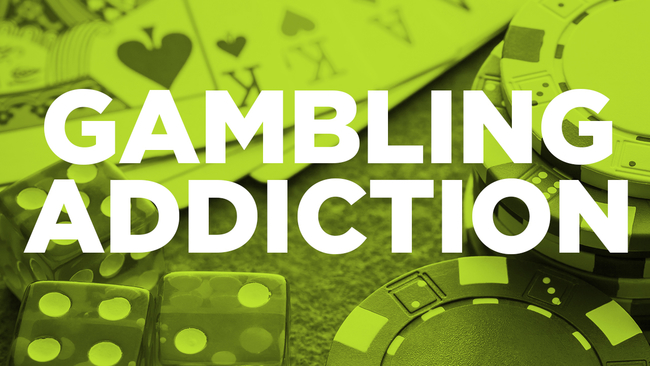