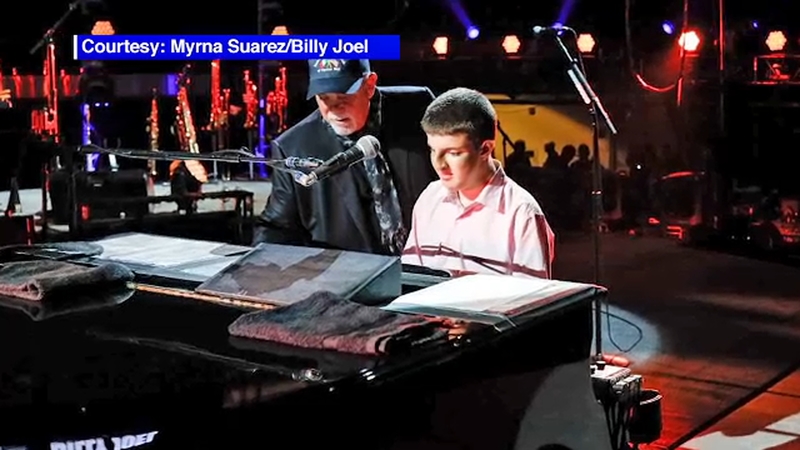 NEW YORK -- It was a once in a lifetime moment for a special teenager from Long Island who got to play piano alongside the Piano Man himself.

Logan Riman is a musical prodigy who always dreamed of meeting Billy Joel. And before Joel's concert on July 11, Riman not only met him, but got to share the stage with him at Madison Square Garden.

The special teen had already caught Joel's attention and admiration.

"He was born with something called Bilateral Microphthalmia, so he was basically born with no eyes. He wears prosthetics," his mother Leah Riman said.

Born with no eyes, a cleft lip and limited verbal skills, the 14-year-old has been a whiz on the piano and has played since he was 2 years old.

It's a talent that he got to showcase back in April at the MSG Garden of Dreams Foundation talent show at Radio City Music Hall.

"He wowed the audience. And one of his idols is Billy Joel. So we were able to make an experience to make this global event happen right here at Madison Square Garden," said Darren Pfeffer with MSG Live.

The plan all along was to have Logan meet Billy Joel at the soundcheck. But no one had any idea that Billy Joel was going to call him on stage.

And that's when the seven-minute duet started -- both Logan and Joel played "Piano Man" side by side on the MSG stage.