'Jeopardy!' primetime special to determine 'The Greatest of All Time'

KGO
By Sandy Kenyon
NEW YORK -- Who is the greatest "Jeopardy!" player of all time? Is it Ken Jennings, who won 74 games in a row? Is it Brad Rutter, who's made more money than any other game show contestant in history? Or is it "Jeopardy James" Holzhauer, who played for two electrifying months last year?

The first to win three matches will earn the title in a new primetime special.

"I'm glad this got settled on the 'Jeopardy!' set instead of internet arguments," Jennings said.

"Could've been settled in the streets," joked Holzhauer, prompting Jennings to muse, "That's what we should have done, right?"

Rutter added that all three of them can claim to be the best.

"I think we all have a good argument," he said. "It's just that somebody's argument just got a lot better." 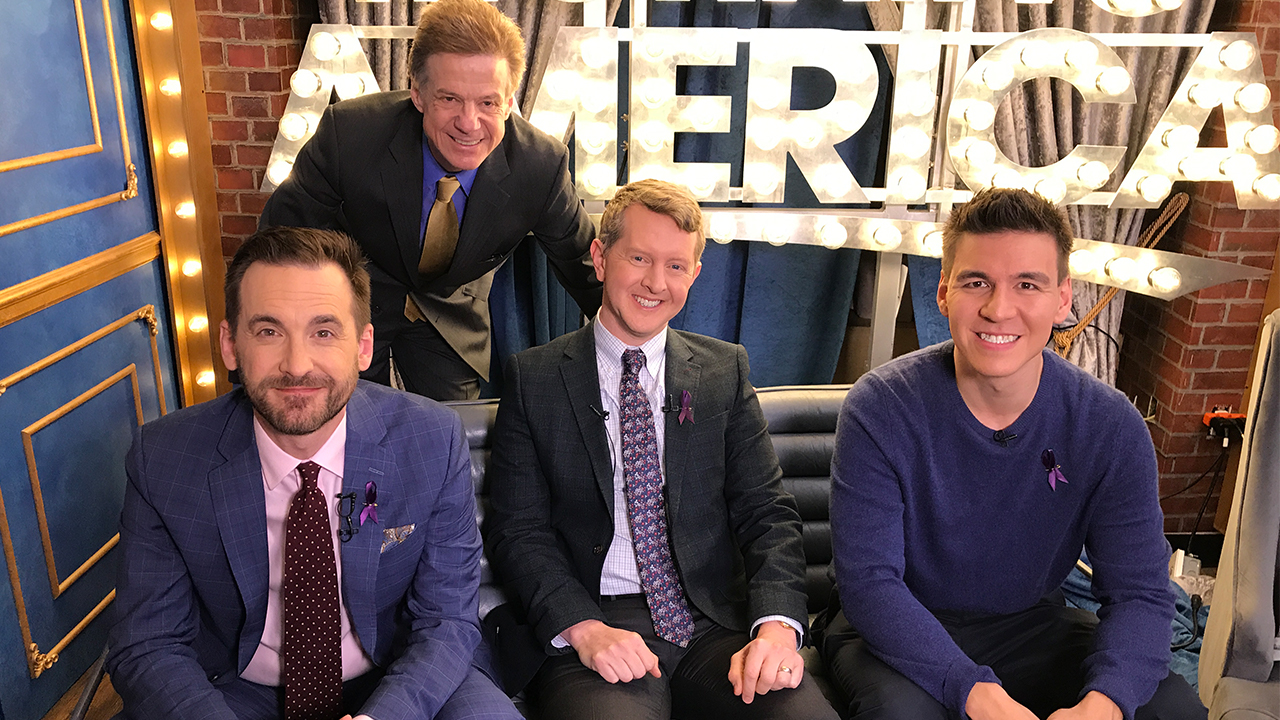 For the first of these games, the topics will be tougher.

As a professional gambler, Holzhauer knows how to bet big and has demonstrated repeated willingness to risk large amounts of money in Final Jeopardy. He's in his 30s, while the others are in their 40s -- but Jennings was in his 20s when he started winning.

"You do start to realize that you don't always have the name at the tip of your tongue like you used to," he said.

"People say the reflexes are a little bit better (when you're younger), but the way I look at it, these two have had more years to gain experience," he said. "They know some stuff from maybe half a generation before I was born."

Host Alex Trebek's fight against pancreatic cancer has inspired all three of these champions to wear purple awareness ribbons in support of those with the disease. Jennings saw Trebek shortly after his diagnosis and was worried he might be saying goodbye to him for good, so he was pleasantly surprised when he arrived to tape the primetime shows.

"At 'The Greatest of all Time' tournament, he was feeling pretty good, and he was looking good," Jennings said. "And he was as sharp as I have ever seen him."

Trebek is equally complimentary about the champions.

"They didn't win all that money by accident," he said.
EMBED More News Videos

Who will be "the greatest of all time" on the "Jeopardy!" stage?