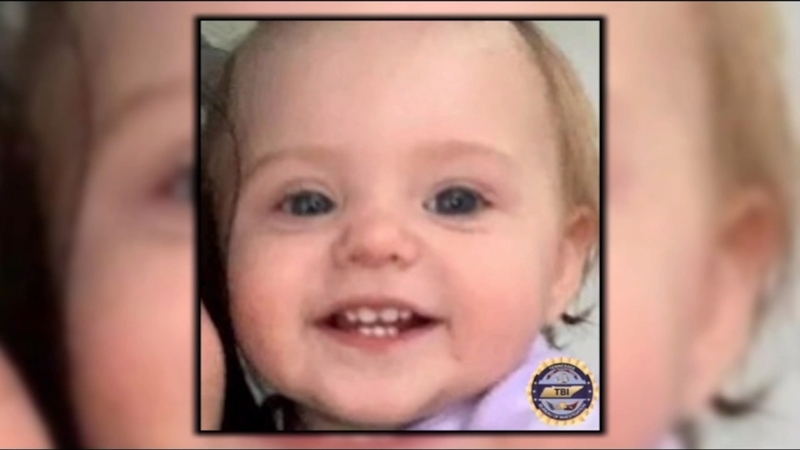 Boswell was last seen in December 2019, but she was not reported missing until February.

We have a heartbreaking update in the search for #EvelynBoswell.

This evening, authorities found remains believed to be those of the missing 15-month-old. An autopsy is pending and the investigation remains ongoing.

Thank you for your support during this difficult process. pic.twitter.com/KxwpePiydT

Authorities said they found the possible remains of the 15-month old there.

"At this time, the investigation is still in the very early stages," Sullivan County Sheriff Jeff Cassidy said during a news conference Friday night. "There is a lot of work left to be done."

The TBI said an autopsy is pending and the investigation is ongoing.

In late February, investigators searched a mobile home park in Sullivan County, Tennesee, in connection with her disappearance.