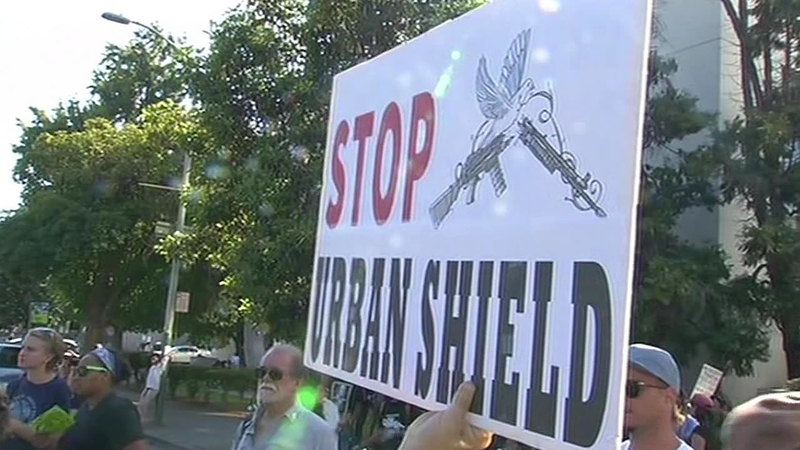 OAKLAND, Calif. (KGO) -- There was a protest in Oakland late Friday against an exercise that's been going on every year in the Bay Area for nearly a decade. Urban Shield includes a series of real-life scenarios, training exercises for first responders and police on how to handle a terrorist or other large-scale incident.

With drums and chants, peaceful demonstrators in Oakland voiced their opposition to the annual arrival of Urban Shield to the Bay Area. 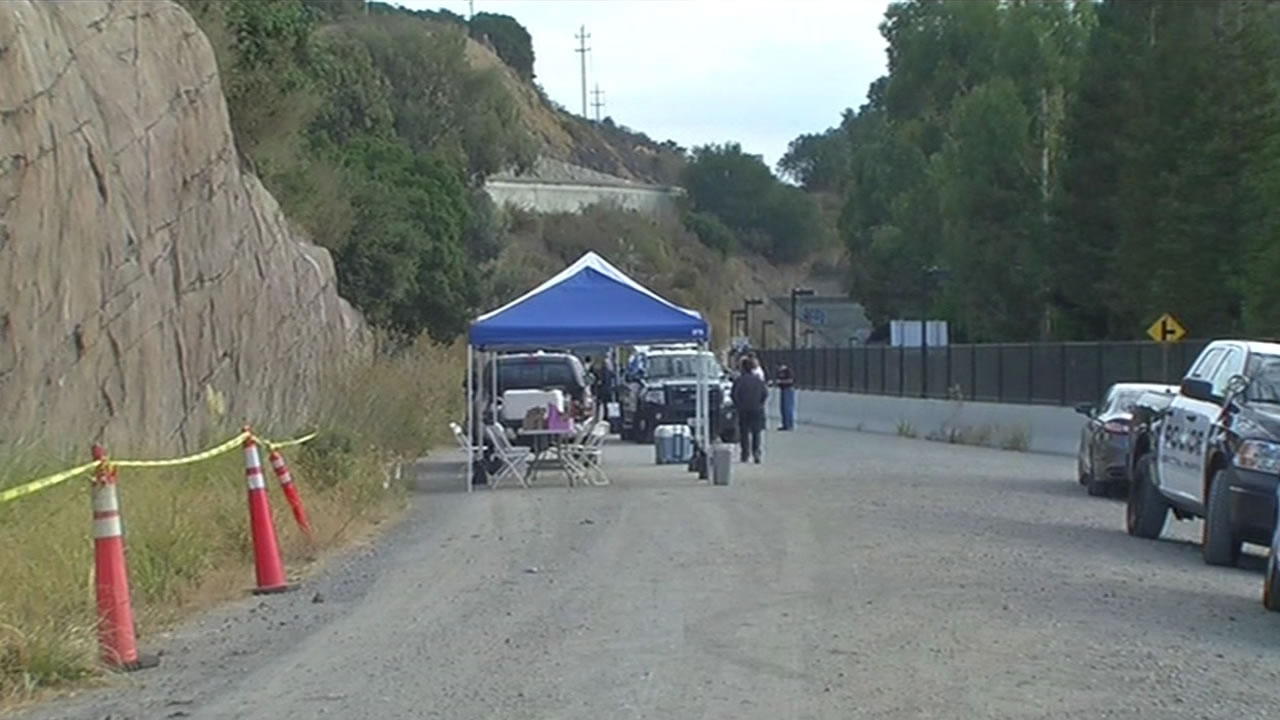 First responders holding training exercises in Bay Area
Friday is the beginning of a weekend full of Urban Shield emergency drills that will include 5,000 people and more than 50 agencies from police agencies and fire departments and bomb squads.

In its ninth year, Urban Shield draws police agencies and first responders, mostly from the Bay Area, but also as far away as Korea and it includes vendors from all over the country.

"Right here we have tactical bags that don't appear tactical, so as not to give away the officer," said vendor Bob Helmer. He explained how the bag works especially for officers. He said you pull the bag over "slide open, then they have to access to their firearm. If they open it all the way, show that they're law enforcement, and they have ballistic protection on top and on bottom."

This year's event includes training in more than two-dozen real-life scenarios from warehouses to school campuses, and this year an exercise in how to handle a possible terrorist incident during the upcoming Super Bowl at Levi's Stadium.

"We're going to host a major event here in the Bay Area, so we want to have our tactical teams on board with what the plan's going to be in case something bad should happen," Alameda County Sheriff's Sgt. J.D. Nelson said.

But critics see all this as excessive and representative of the increased militarization of the police.

"We want Oakland agencies, such as Oakland PD and the fire department and EMTs to stop participating in Urban Shield and have more face-to-face conversations with the community about what we actually need instead," Kamau Walton, a Black Lives Matter protester, said.