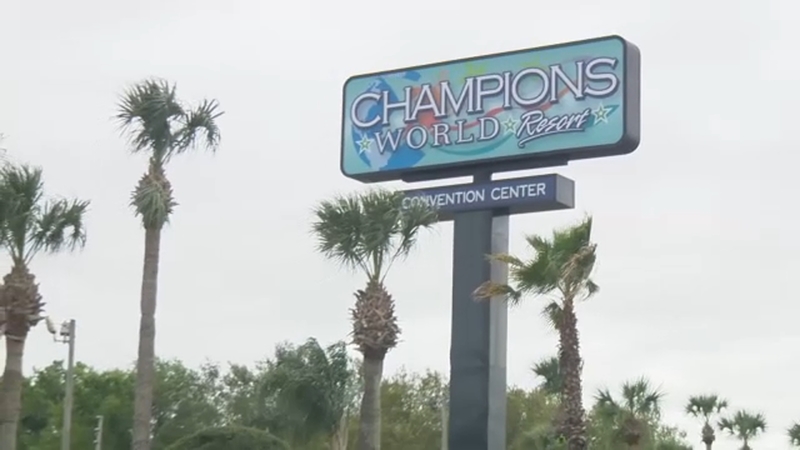 ORLANDO, Fla. -- Guests at a Florida resort were in for a vacation nightmare during spring break when the resort they were staying at abruptly closed without warning.

The resort guests were kicked out without a refund and all of its employees fired when the hotel was sold earlier this week, WESH reported.

Oquendo and her family flew to the Sunshine State all the way from Rhode Island for what was supposed to be a two week relaxing vacation.

"You know, with COVID it's been tough. So we're trying to have a good time," she said.

The family booked their stay at Champions World Resort in Central Florida.

Victoria said the vacation was going great until Thursday.

Oquendo said, without warning, hotel employees started going door to door telling residents they had just hours to pack up and get off the property because the hotel was shutting down.

The hotel's website posted a message confirming the hotel had been sold, then just hours later the whole website was shut down.

Oquendo said a hotel employee told her not only were guests being kicked out, but all the employees had been fired too.

"The manager said he's been working for 18 years as management and he's never heard of such a thing happening," Oquendo said.

A local news station also spoke with one man who has just arrived at the resort when the chaos was unfolding. He said he had driven all the way from Indiana and he didn't even know that the hotel had been closed until he went to check in.

"They didn't give notice or anything," Oquendo said. "That's not right."

Oquendo added that the hotel was booked to capacity. Now, she and hundreds of other families have to find someplace else to stay during the peak of spring break travel.