Regular gas is down a 88 cents a gallon from early May when it reached a peak.

MILLBREA, Calif. (KGO) -- Holiday travelers have a big price break at the pump this Thanksgiving. Prices have dropped about 10 cents per gallon nationwide in the past two weeks, and that's giving drivers an alternative to flying.

Regular gas is down a hefty 88 cents a gallon from early May when it reached a peak.

So for Thanksgiving and in the weeks leading up to Christmas, drivers are weighing the advantage of jumping into their cars or SUV's instead of hopping on a plane to get to holiday gatherings.

A family taking a 300 mile trip is expected to save $7.62 compared to a year ago. Not a windfall, but with each fill-up costing less, the trend seems to make driving cheaper.

"My daughter's in the Marines and she's in Yuma. We were going to go down and visit her and we're considering to drive instead of fly. That way we'll have the car available to use when we're there," said Burlingame resident Ed Neale, who says the lower gases prices help.

Just across the freeway, San Francisco International is busy, but the specter of stranded passengers didn't materialize as snow storms in the northeast threatened to delay some flights. Hundreds of flights were cancelled on Wednesday across the country, but the situation at SFO has been good with no delays longer than 15 to 25 minutes.

SFO is expected to see 1.3 million passengers passing through its gates between Wednesday and Monday. That's a 2.8 percent increase from a year ago.

While Wednesday is supposed to be one of the busiest travel days of the year, SFO's Public Information Officer Doug Yakel says, "We're expecting about 135,000 people in and out of SFO, busy day for us but not the busiest day. Our peak day actually already occurred. It was last Friday," Yakel said.

Meanwhile, flights are being cancelled or delayed up and down the East Coast for thousands trying to get where they're going for the Thanksgiving holiday due to the bad weather.

Major airports in Washington D.C., Philadelphia, New York and Boston are all being impacted by a combination of heavy rain, snow and wind.

According to the website FlightAware.com, right now there are 2,300 delays and almost 600 flights cancelled nationwide.

Some carriers are being proactive and giving travelers a heads-up by offering to re-book them at no cost.

Experts are not calling this a major weather event, but they are saying they expect weather to be an issue throughout the weekend.

They advise everyone to check their flight schedule before heading to the airport. 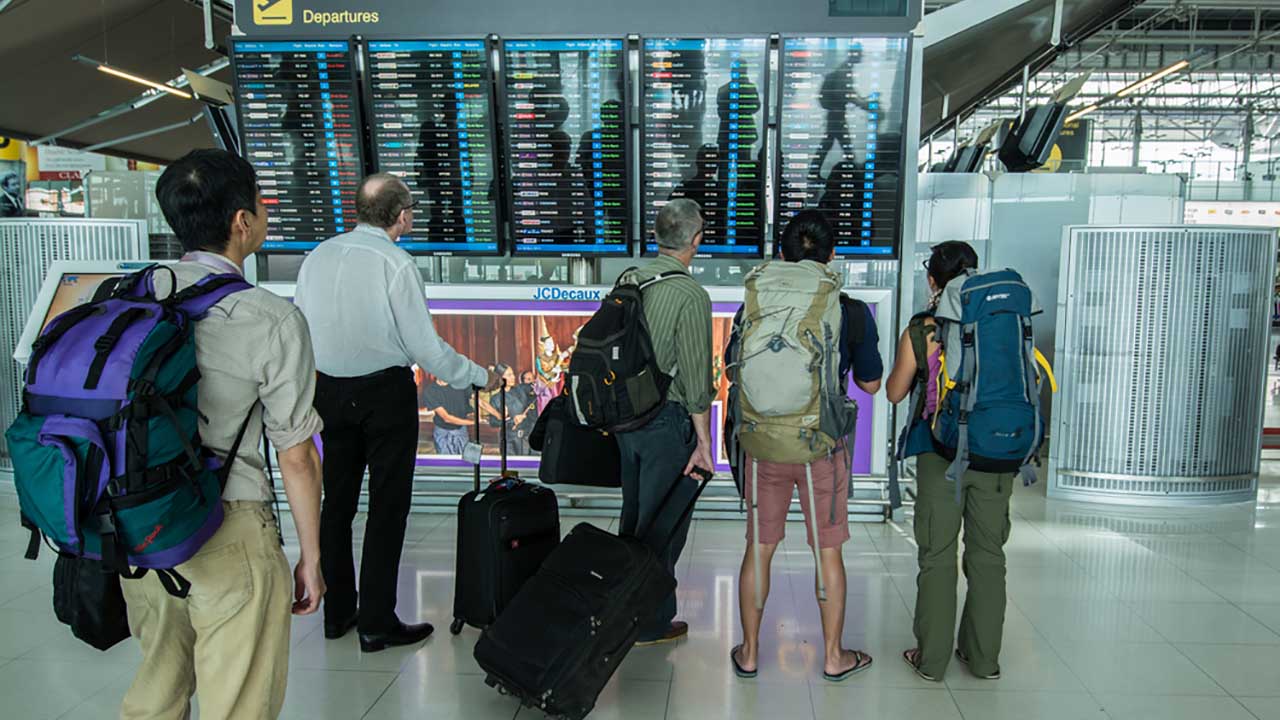 No-stress travel: How to get where you're going without the headache this Thanksgiving