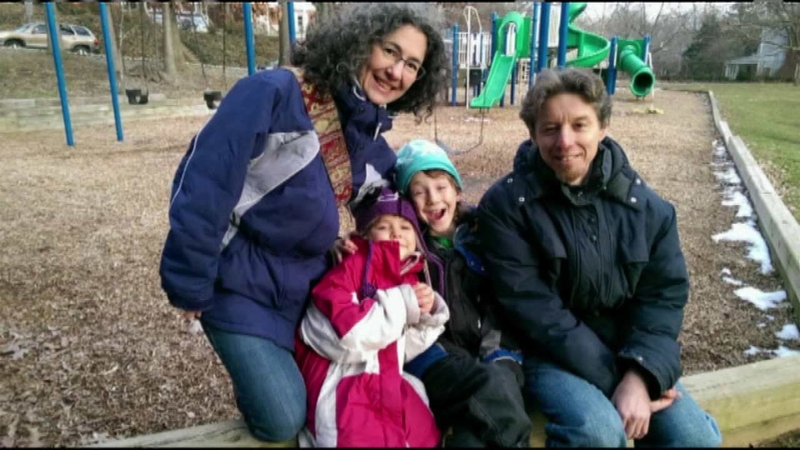 It's a fierce debate - a Maryland couple was investigated for letting their young children walk home from the park by themselves. Is it right?

The parents, Alexander and Danielle Meitiv, were charged with neglect. They made headlines for letting their 10- and 6-year-olds walk a mile home from a park without adult supervision.

"It's shocking, it's hurtful, it's traumatic. It never would have occurred to me... that I could get caught up in something like this," Danielle Meitiv said.

The Meitivs say they knew their style of parenting - known as "free-range" parenting, giving children more space and more responsibility - was "old fashioned," but they never thought it would come under investigation.

"It's just the way most of the adults watching now are raised, you know, your parents say, 'Hey, go play outside, come back before dinner,'" Danielle Meitiv said. "It's not any sort of radical idea."

The Meitivs say they wouldn't have let their kids walk on their own if they didn't believe they could - but Child Protective Services says Maryland's state law says children under the age of 8 must be under the care of a person who is at least 13. The law covers dwellings, enclosures and vehicles, but doesn't mention children outdoors on a walk.

The case is now closed, but the Meitivs are fighting back, hiring lawyers to file an appeal.

"We're on file for five years. That black mark is on our record here," said Danielle Meitiv.

The Maryland Department of Human Resources said it "cannot comment on specific cases because of confidentiality requirements."

The children, Rafi and Dvora, both said they felt OK walking home from the park.

The Meitivs say while they are worried about being investigated in the future - they will still let their children walk by themselves.

"I can't let it change my parenting because I know what i'm doing is right," Danielle Meitiv said.

.@Danielle_Meitiv If a person is innocent of murder, they are "found innocent," not "found guilty of unsubstantiated murder." (1/2)

We are going to fight this. If you want to help please donate and spread the word about this fundraising... http://t.co/GeWxVKOn6k

Officials began investigating in December when police officers picked up their 10-year-old son and 6-year-old daughter walking back to their Silver Spring home.

The Meitivs said they are teaching self-reliance. They said they gradually let the children take walks on their own.

Paula Tolson, spokeswoman for the Maryland Department of Human Resources, said there are three possible findings after neglect investigations: ruled out, unsubstantiated or indicated.

The first step in the appeals process is a conference involving a CPS supervisor, which can often resolve some issues, Tolson said.