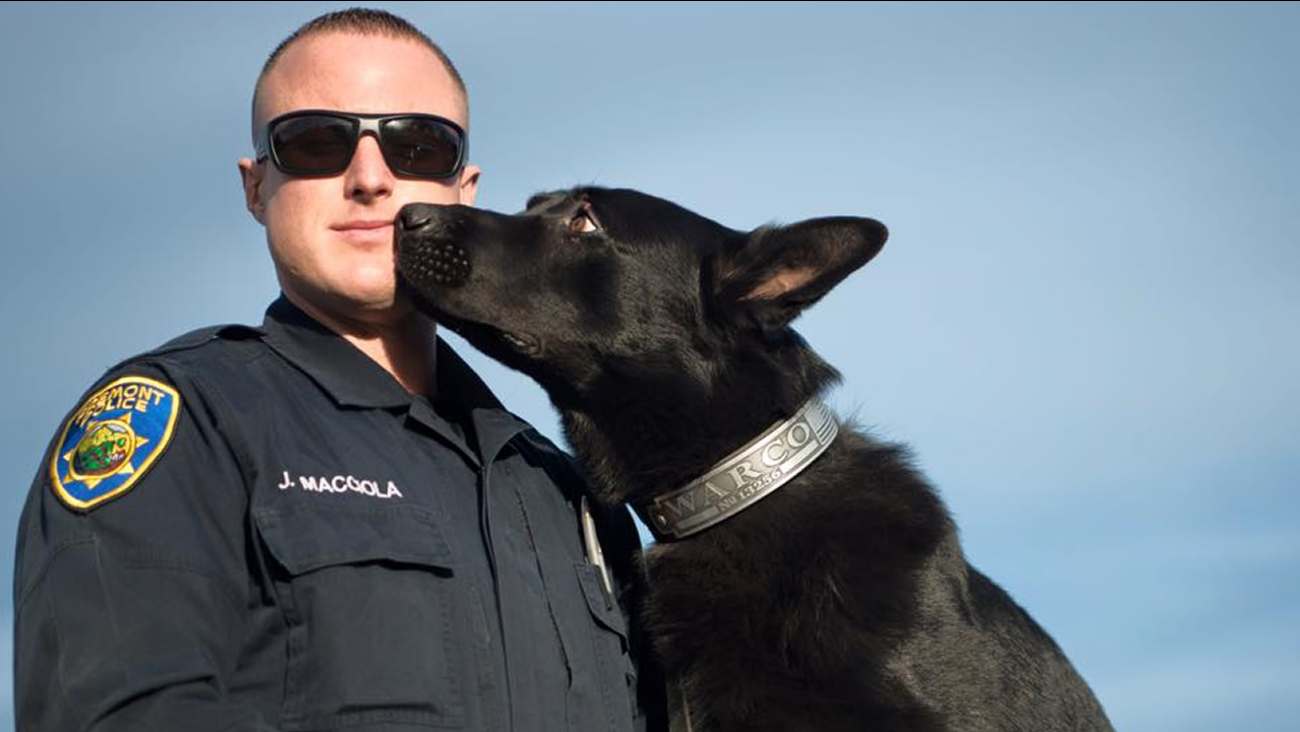 According to their Facebook page, they discovered in late February that he was suffering from an auto immune dysfunction. Though he was rushed to the vet to run tests, the damage was too severe and he could not be cured.

Police say he served in the K9 patrol capacity for more than a year and a half and was utilized on more than 100 incidents to help various task forces including street crimes, SWAT, and the Major Crimes Unit.

On their Facebook page they write, "Officer Macciola, the Fremont Police family and our entire community will miss this warrior who worked tirelessly to help keep Fremont safe."