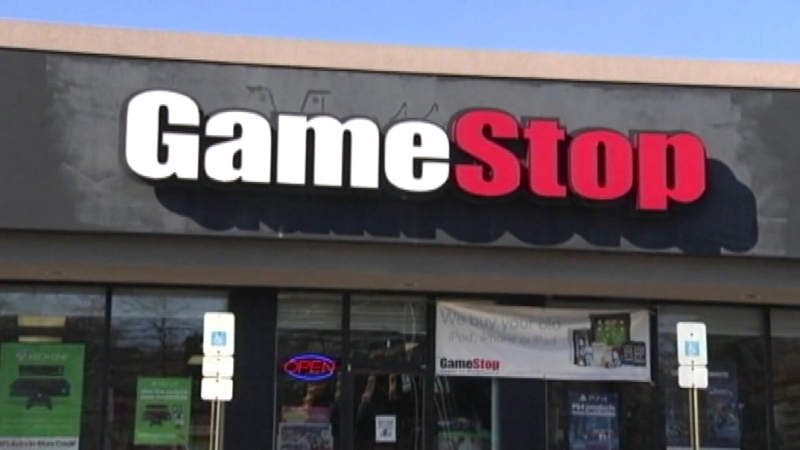 The drastic run-up of a single stock on Wall Street that rocked our financial system to its core was one of this year's first big stories, and now, the tale of millions of amateur investors acting together online is the subject of a new Hulu documentary called "GameStopped."

Like all real films about real events, this one -- hosted by ABC News Business, Technology, and Economics Correspondent Rebecca Jarvis -- tells a larger story. It's about life during a pandemic, when people with time on their hands can use phone apps to trade vast sums of money from the palms of their hands.

The U.S. government called the development of a COVID-19 vaccine Operation Warp Speed, but for the pharmaceutical industry, it was a unique challenge precisely because it had to be done so quickly.

Her tale of boom and bust begins with a little boy.

"It's interesting to watch stocks grow and watch them fall," said Jaydyn Carr, a fifth grader who made a 5,000% profit on stock in the video game retailer GameStop.

His mother bought him the stock as a Kwanzaa present before it rose in price so dramatically.

"One of the biggest things you're going see here is how everybody got swept up in this," Jarvis said.

They were swept up in the big increase that Wall Street hedge funds were betting would fall. In the parlance of the financial world, they were short selling GameStop.

"When you're shorting a stock, you are betting the stock will crash," Jarvis said. "If it doesn't crash, you are immediately out of money."

The thought of stealing from the rich in this manner was on the minds of some who used the free app Robinhood to hurt the titans of Wall Street.

"This is hands down gambling," Jarvis said. "This is not investing."

Long term gains are sacrificed on the altar of quick money by players new to the game.

The theater community is reuniting in Times Square Friday, exactly one year to the day since the Broadway shutdown, for "We Will Be Back," a live pop-up experience and commemoratio

The result was a potential threat to our financial system that was so great, online trading in the stock was briefly halted -- and that gives this documentary its name.

"It's called 'GameStopped' because there was so much money on the line," Jarvis said. "So much risk taking that the game had to be stopped for the sake of the safety of the system."

The documentary shows how technology and social media combined during the pandemic to create a truly scary situation, and it is one that can happen again. As billionaire Mark Cuban says on the show, "This is only the beginning."