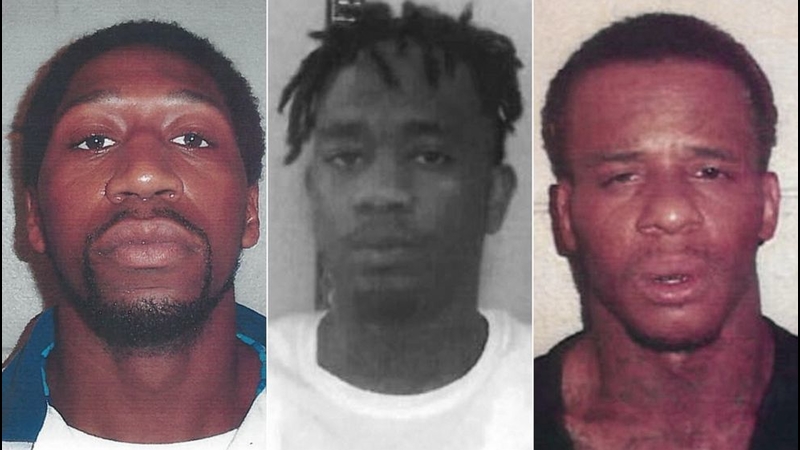 HAWKINSVILLE, GA -- The search is on for three "violent" inmates who remain at large days after escaping from a Georgia jail, authorities said.

Tyree Williams Jr., 33; Brandon Pooler, 24; Dennis Penix Jr., 28; and two other inmates fled the Pulaski County Jail, about 130 miles south of Atlanta, on the night of Nov. 12, the Georgia Bureau of Investigation said.

They had two Tasers and were last in a stolen white 2015 Kia Sedona van with Georgia license plate CMP8628, the GBI said.

One of the five escapees, Tyree Jackson, was taken into custody Sunday, the GBI said.

As the search continues for the remaining three escapees, the U.S. Marshals Service is offering a reward of up to $5,000 for information leading to any arrests, the GBI said. 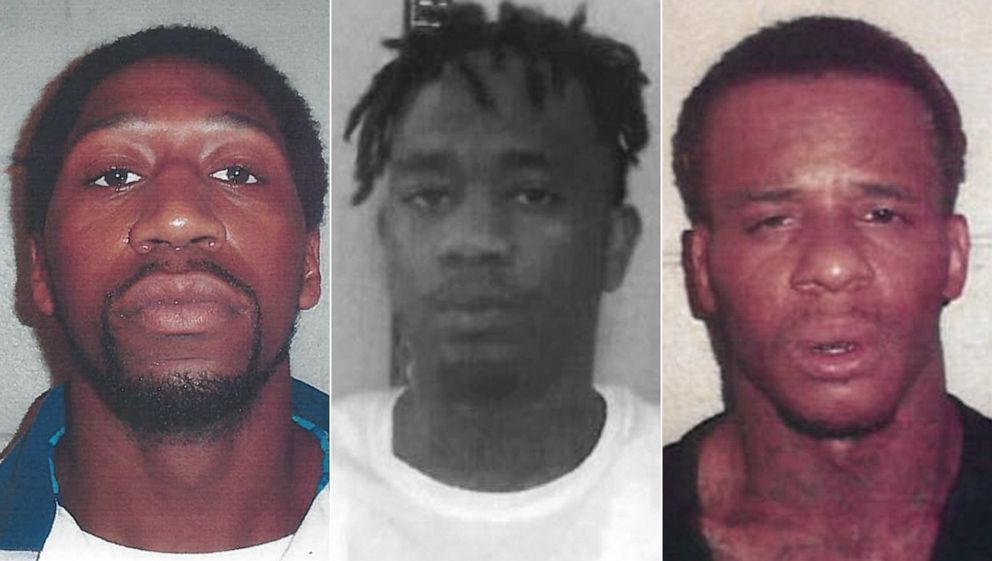