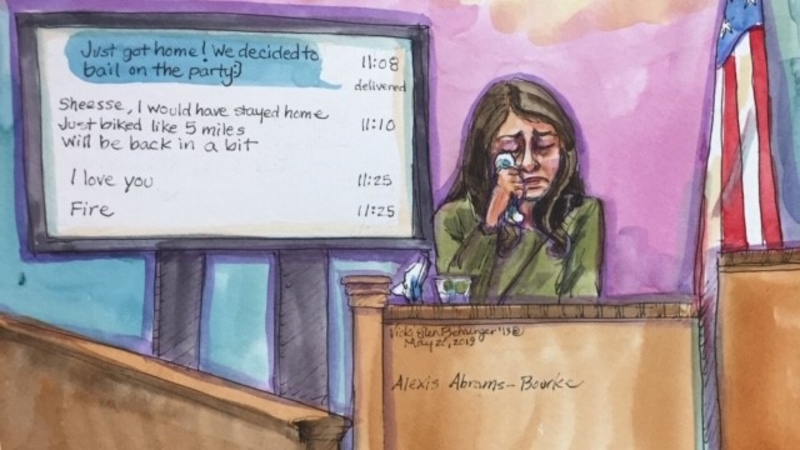 OAKLAND, Calif. (KGO) -- They were the last words of her partner Nick Walrath and recalling them brought Alexis Abrams-Bourke to tears as she testified in the Ghost Ship trial.

Walrath was among 36 people who died that night.

Alexa Burrell also testified about a text she received from her friend Nicole Siegrist -- at 11:23, it said simply "There's a fire here."

#HAPPENINGNOW #GhostShipTrial Final texts from fire victims read in court. Nick Walrath to his partner at 11:25pm on Dec 2, 2016: “I love you. Fire.” Alexis Abrams-Bourke testified she didn’t realize those were Nick’s last words until the next morning. #abc7now

Burrell arrived at the Ghost Ship five minutes later to find it engulfed in flames.

Siegrist -- who went by Denalda -- also died that night.

Then, Ghost Ship survivor and former resident Adam Kennon told the jury that various officials had been inside the warehouse in the months before the fire - -including Child Protective Services and Oakland Police officers. Kennon also said at least two off-duty firefighters attended a party there.

"It was nice to be there a little bit and give Max some support," said Ward Bein, an uncle of Harris' who flew out from Boston to attend the trial for the first time after visiting with his nephew in jail over the weekend.