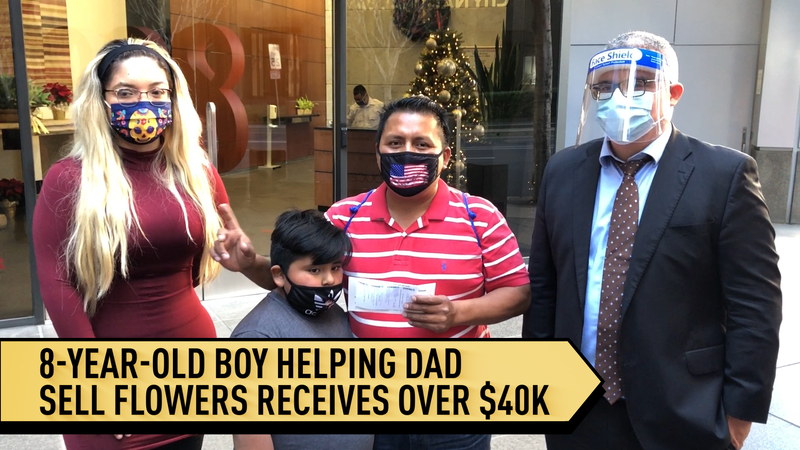 Thanks to a GoFundMe page, this family has received $40K

Machic and his son Edgar Jr. received more than $40,000 from a GoFundMe account that was set up for them this summer.

"I felt peace and happiness," said Machic. "Because of the pandemic, business is low and I haven't paid my rent. God is loyal and God is good."

The GoFundMe account was created by a stranger, Wendy Rogriguez, who has now become a family friend.

"I'm very happy because I know he'll remember that forever," said Rodriguez. "And if I could do that for someone ... then my mission in life is complete."

When Edgar Machic Jr.'s father lost his job due to the coronavirus pandemic, the 8-year-old started helping his dad make a living by selling flowers on Ceasar Chavez Boulevard in Boyle Heights.

Machic and his son immigrated to the U.S. about two years ago from Guatemala after his wife passed away. After an immigration attorney, Alex Galvez, heard the Machic's story, he promised to help reunite the family.