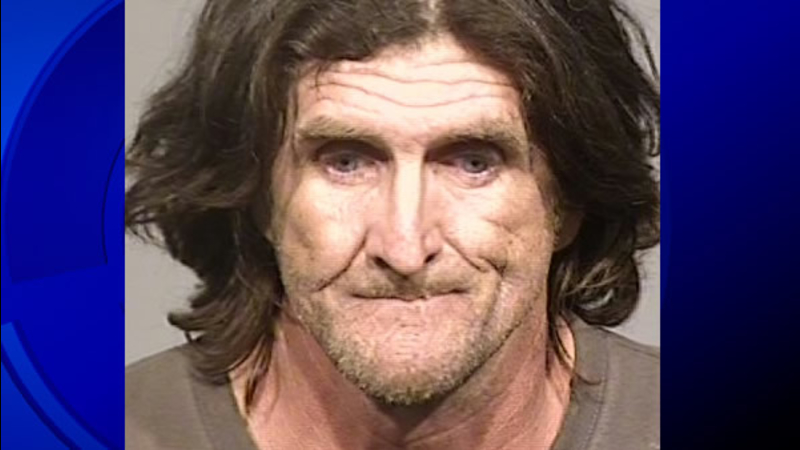 Arrest made after rainbow flag stolen twice from Guerneville

GUERNEVILLE, Calif. -- A man who allegedly threatened to harm the LGBTQ community with explosives and twice stole a rainbow flag from the Guerneville Chamber of Commerce was arrested Saturday morning.

The flag, symbolizing LGBTQ pride, was stolen on April 26 from the building at 16201 First Street in the unincorporated area of Guerneville in Sonoma County. Sonoma County sheriff's deputies began investigating the theft.

RELATED: The mysterious case of the Guerneville disappearing rainbow flag

The building arranged for a replacement, but the flag was again stolen on May 5. According to Sonoma County's website, Guerneville became a "welcoming resort area for Bay Area gay men and lesbians" in the 1970's.

During the investigation, deputies learnt of a suspect making threats to detonate a pipe bomb at the Guerneville Safeway.

Deputies said the suspect's intent was to injure deputies and members of the LGBTQ community.

Deputies determined that Vincent Joseph O'Sullivan, 55, of Guerneville, was the suspect. They arrested him this morning and booked him into Sonoma County Jail.

He was arrested on suspicion of three misdemeanors for theft and two felonies for making threats and committing a hate crime, according to online Sonoma County Sheriff's Office records. His bail was set at $50,000, according to deputies.