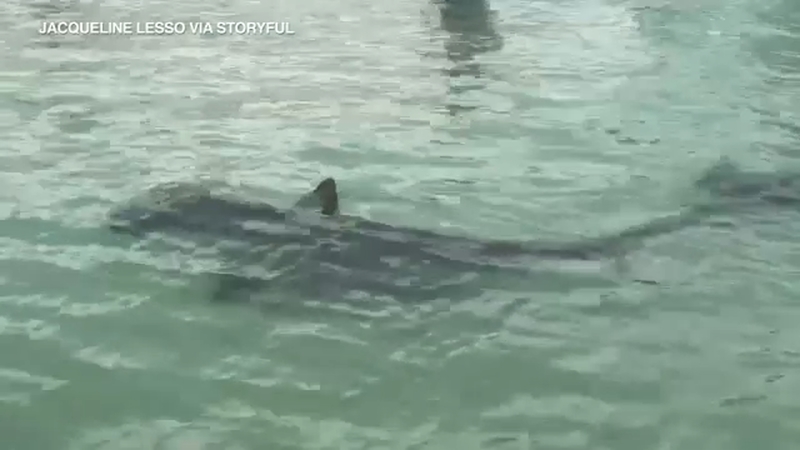 PENSACOLA, Fla. -- Typically you have to pay to swim with the sharks, but a group of hammerheads gave some beachgoers in Pensacola a free show.

The day at the beach turned into a trip of a lifetime for three local women, reported WALA.

Lacey Faciane, Casie Thompson and Qyuston Eubanks could only watch helplessly as the sharks cruised around their float. Thompson's mother caught the whole encounter on video.

"One boater would yell shark and then the next group would yell shark, and that's just kind of how it was. And so by the time they got to us, they were right up on us," said Faciane.

They made sure their kids were ashore, but they were stuck on a big yellow raft, just inches above the shark show. Thompson, in the middle, couldn't make any swift movements to escape. She said her foot was broken.

All three women had three completely different reactions to the hammerheads.

The ladies guessed some of the sharks were up to 8 feet long.

They left behind shock, amazement and a story to tell for a long time.

"It's very rare to have a group of hammerheads just swim by you so it's kind of a once-in-a-lifetime kind of thing," said Thompson.