Child's death in Texas serves as warning about 'dry drowning' 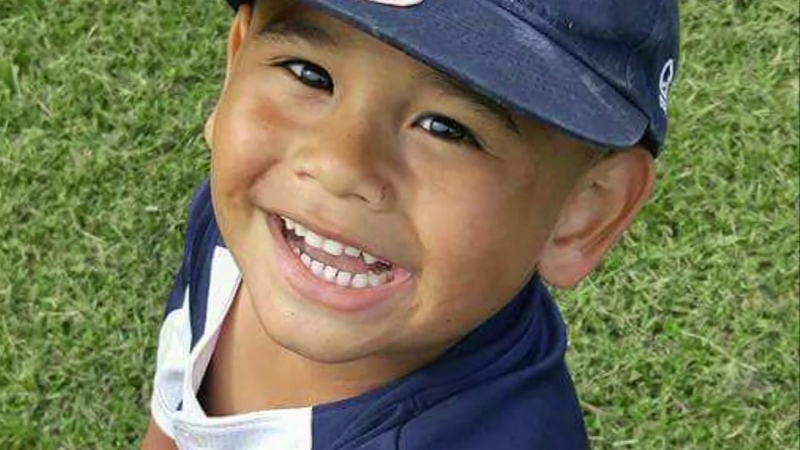 TEXAS CITY, Texas -- The family of a little boy says he died after a swim at the Texas City Dike over the Memorial Day weekend.

Francisco Delgado III, 4, died Saturday at East Houston Regional Hospital despite efforts to resuscitate him. His parents sat down with KTRK-TV on Tuesday. They call Francisco "Baby Frankie" and said he showed signs of an upset stomach shortly after swimming, but they didn't think much of it.

He seemed to be getting better and was still a fun-loving kid. On Saturday morning, his father, Francisco Delgado Jr., said his son complained of his shoulders hurting before suddenly waking up hours later.

"Out of nowhere, he just woke up. He said ahhh," said Delgado. "He took his last breath and I didn't know what to do no more."

His mother, Tara Delgado, said paramedics and doctors tried to save her son.

"I walked in. I could see him lying there. They were still working on him. I'm screaming. Let me just touch my baby. Maybe he needs his mama's touch," said Delgado. "When she came in, she told us it's what's called dry drowning. His lungs were full of fluid. There was nothing else they could do for him."

VIDEO: What is dry drowning?


The family has created a GoFundMe account to help cover funeral costs.

Services for Delgado have been set for this Saturday. An autopsy is being performed on the little boy. The medical examiner will determine an official cause of death.

Dr. Kay Leaming-Van Zandt is an emergency medicine physician at Texas Children's Hospital. She is not connected to Delgado's case. She spoke with KTRK-TV about the dangers of drowning.

She said she shies away from terms like dry or secondary drownings. Zandt said children can drown in just inches of water. She also said it may happen hours after initial contact with the water.
"Some children will have symptoms soon after the drowning occurs. Some children will have symptoms later on. They may seem fine. They develop respiratory issues hours after the event," said Zandt. "It only takes a split second. Drowning is silent. It's not similar to what you see in the movies where there is a lot of commotion."
Related topics:
health & fitnesstexasdrowningswimmingchild killedu.s. & world
Copyright © 2021 KTRK-TV. All Rights Reserved.
TOP STORIES
How hundreds of SFGH, UCSF staff got infected with COVID
Pediatricians see uptick in COVID testing among young children
Mask mandate inevitable in SF; announcement will come next week
Delta variant 'twice as infectious' as previously thought
Health officials respond to self-prescribed COVID booster shots
SF tenants get 6-figure buyout to leave luxe unit
California Dreaming: The Future of the Golden State | Part 3
Show More
Coronavirus updates: COVID outbreak reported at Contra Costa jails
Disney joins list of companies requiring vaccine for nonunion workers
Experts explain why it's safe for kids to return to school
200 Afghan evacuees who helped American troops arrive in US
Mom who gave birth to 9 thriving babies at same time speaks out
More TOP STORIES News