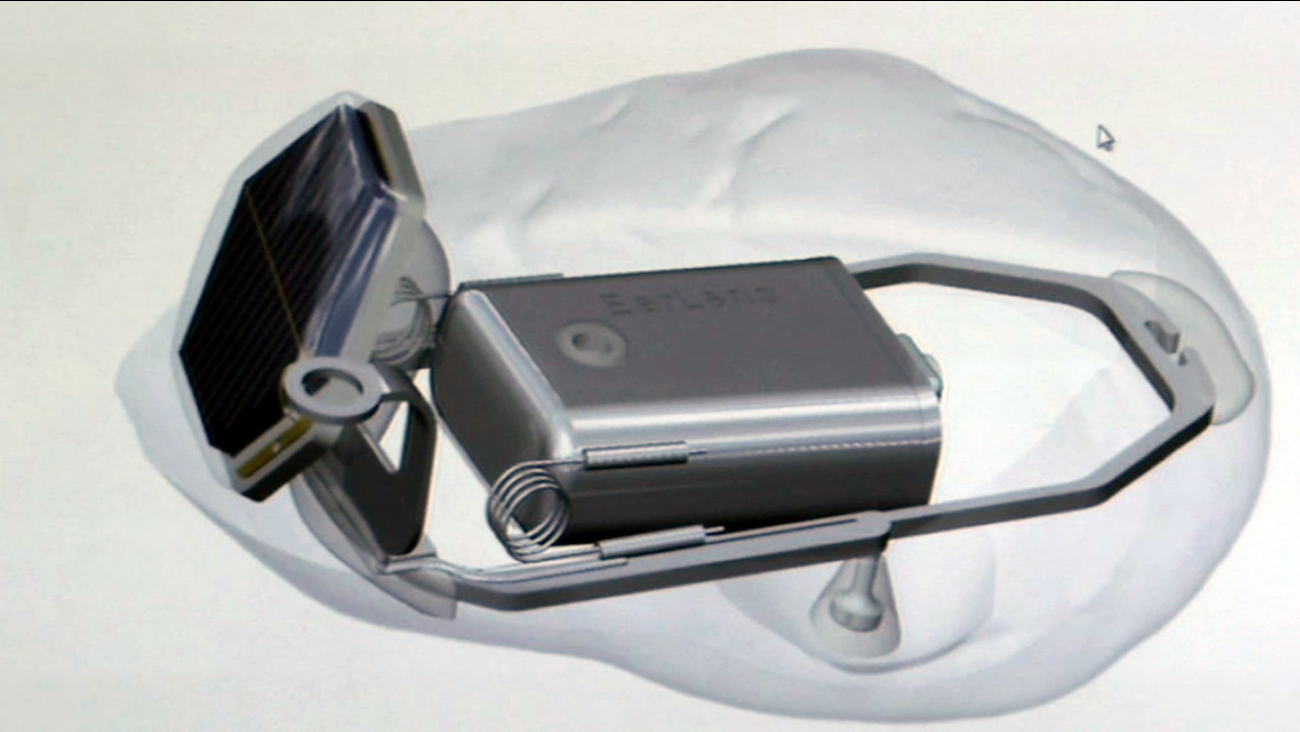 A Menlo Park-based company created a new hearing aid named EarLens that uses laser light instead of vibrating sound to transmit sound into the ear. (KGO-TV)

MENLO PARK, Calif. (KGO) -- If you enjoy all the live performances in the Bay Area, you are no doubt grateful for the gift of sound.

For symphony lovers, there's nothing like the dancing strings of a violin or the power of a rumbling bass note. "We have season tickets every year, so I get to go quite often," San Francisco symphony fan Elaine Raisler said.

Raisler just turned 80 and is hoping to experience the full range of that sound for the first time in decades. She's been fitted with a newly approved hearing aid developed in the Bay Area called the EarLens. It's the creation of Rodney Perkins, M.D., founder and chief medical officer at the Menlo Park-based company. "The EarLens is unique because it's a completely new way of transducing sound in the ear," he said.

He said the device is placed in the ear canal with a tiny receptor pad contacting the ear drum. The sound is gathered from a microphone processor worn on the ear. But instead of simply amplifying it electronically, the EarLens converts the audio signal into pulses of laser light, which vibrate the ear drum directly.

Designers said the light driven vibration produces a much broader frequency range and can more effectively transmit the subtle nuances of important sounds. "And also if you have the higher frequencies and the low frequencies you improve tremendously the quality of music," Perkins said.

The components can be inserted at a doctor's office and do not require surgery. Raisler participated in the trial and is now hoping to better enjoy the music of her favorite performers. "It's just better quality. And we have tickets, yeah," she said.

The EarLens is expected to be available later this year. The company said the price will be competitive with many other popular devices, but like most hearing aids keep in mind it may not be covered by insurance.