SAN JOSE, Calif. (KGO) -- It hasn't been easy for many of us to stay indoors the past week or so to avoid the unhealthy air. It has been even tougher for kids who can't go out and play. However, there's therapy for kids cooped-up in class in the form of a very special dog -- a dog named Nash who is making a difference in San Jose.

The playground at Meadows Elementary and at many other schools in the Bay Area has been empty during recess for just over a week, forcing the kids to be cooped up.

A visitor to Mrs. Elisa Hwang-Mendez's third grade class asked a group of students, "Have you guys been able to go outside lately?" "No," the kids reply. "Why not?" the visitor asks. The kids reply, "The air quality."

That visitor is Steve Morrill. He and his five-year-old chocolate lab, Nash, are here to relieve the stress the kids can't release outdoors.

"We want to go on the playground but we have to stay inside," moaned Josefina Castillo, who described the smoke as "pretty bad." Does Nash coming to class relieve some of her stress? Josefina says, "Yeah."

Nash is a licensed therapy dog -- a very mellow one -- who doesn't mind being petted by these third graders.

"It's been hard," said student Nicolas Moore. "Then we get all our stress out by just petting him."

Visiting schools is something new for Nash. He's used to going to nursing and convalescent homes. The Franklin-McKinley school district sees therapeutic value in these 30-minute sessions.

"When they see Nash, they just light up. They hug him," said Meadows School principal Magdalena Moore. "They feel so excited, and I can see their emotions kind of regulating so that they can focus on academics."

"It just kind of makes them forget about school a little bit so they can get back to actually studying and doing what's important and kind of relieve that little bit of stress that's in their lives," said Nash's owner, Steve Morrill.

Hopefully the weather conditions will be different by the time students return from their Thanksgiving break. But Nash will still be coming here once a week to handle other kinds of stress and anxiety they face. 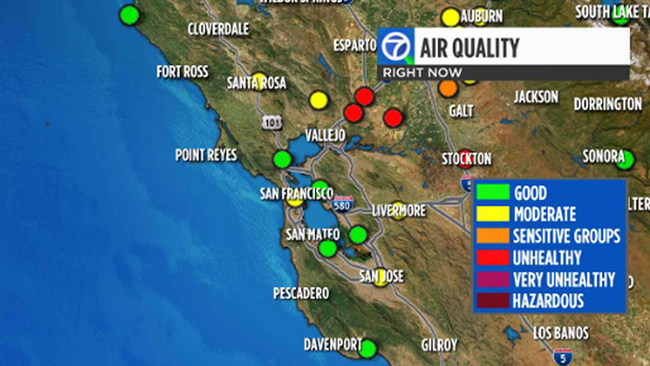