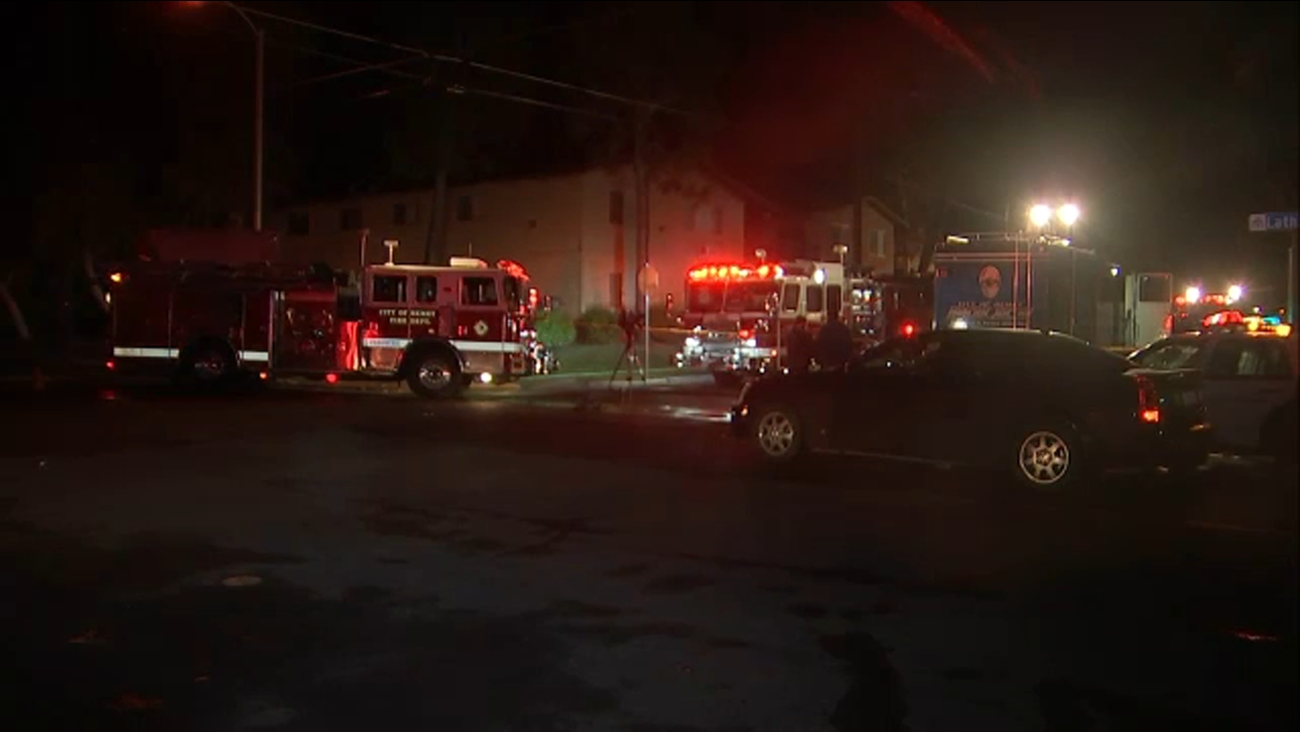 A massive fire ripped through an apartment complex in Hemet, prompting a large response from firefighters.

HEMET, Calif. -- A California father died after rushing into a burning apartment building to rescue his two young children who were also killed in the massive fire Friday morning, police said.

The blaze erupted at about 1:15 a.m. in Hemet, California. Investigators believe the fire started in the unit where the family lived.

The 41-year-old father and his two daughters, ages 4 and 12, were pronounced dead at the scene, according to Hemet police.

"He went back inside to rescue other family members that were not able to get out. And he wasn't seen alive after that," Hemet police spokesperson Nate Miller said.

An 8-year-old boy was airlifted to a hospital in grave condition, authorities said.

The conditions of the two other family members, the mother and a newborn, were not released. However, officials said the newborn was transported to an area hospital as a precaution.

Video from the scene showed neighbors being rushed out of their homes as firefighters raced to put out the flames on the second story of the building. Several of the more than 40 residents in the complex have been displaced, police said.