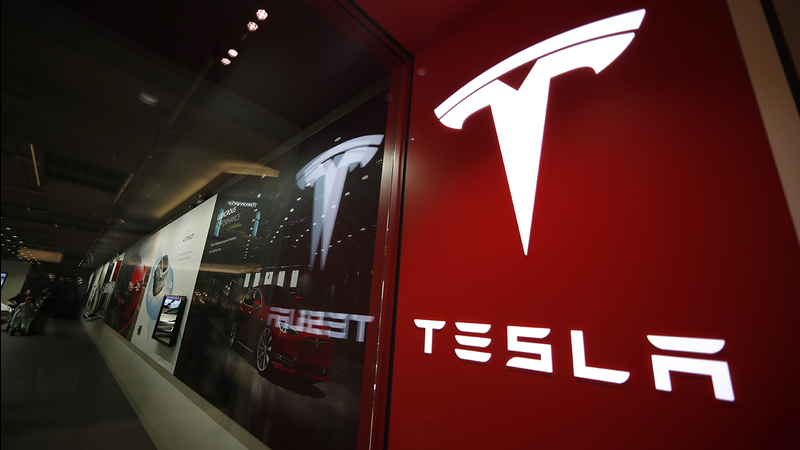 Hertz is betting big on electric vehicles. It's buying 100,000 Teslas, the largest-ever order by a single buyer.

The purchase also represents the biggest move into EVs by a rental car company, by far.

"Electric vehicles are now mainstream, and we've only just begun to see rising global demand and interest," said Mark Fields, the interim CEO of Hertz and former CEO of Ford. "The new Hertz is going to lead the way as a mobility company, starting with the largest EV rental fleet in North America and a commitment to grow our EV fleet."

But the reasoning goes beyond customer demand: Hertz and its rivals are having trouble getting gasoline-powered cars from traditional automakers, as a shortage of computer chips and other parts is making car production difficult.

It also shows that Hertz, less than four months out of bankruptcy, is willing to spend big again.

The company emerged from bankruptcy on June 30 with $1.8 billion in unrestricted cash and $1.2 billion available on credit lines. It will likely finance the purchase of the Teslas, as it does with most of its car purchases. Hertz also recently announced plans for an initial public offering that will help raise cash.

Hertz also announced that Tampa Bay Buccaneers quarterback Tom Brady will be the spokesman for its advertising campaign, another sign that the company is spending big on this EV push.

What it means for Tesla

Hertz' purchase is also a significant step for Tesla, which has done little in the way of fleet sales until now.

This willingness to move into fleet sales will help Tesla keep its forthcoming plants Austin, Texas, and Berlin, Germany, busy - and it could also potentially help the company meet its ambitious goal of a 50% annual increase in sales for the foreseeable future.

Plus, having Teslas in the Hertz fleet could introduce millions of drivers to electric vehicles for the first time, which could also lead to greater demand.

Tesla, which rarely responds to media queries, did not respond to a request for comment on the order.

Hertz didn't disclose financial terms of the deal, but the Model 3s it is buying have a starting price of $44,000 for US retail customers. Rental car companies typically pay less than full retail price for cars, but Tesla currently has more demand for its vehicles than it has capacity to build them, and thus little incentive to offer significant discounts. So the total order could be more than $4 billion.

It was quite a different story about a year and a half ago, when Hertz filed for bankruptcy in May 2020 - relatively early in the pandemic as the crisis upended the industry. With air travel at a near halt, Hertz and its competitors sold off some vehicles to raise cash to survive. But once demand for travel returned, they were in a crunch: The chip shortage meant few cars were available to replenish their fleets.

Hertz, which emerged from bankruptcy in July 2021, hopes a new supply of Teslas can kill two birds with one stone: Replace its inventory while giving customers access to clean-energy cars that don't need to be fueled with high-priced gasoline.

In the industry at large, the combination of strong demand and limited availability has driven rental car prices to record levels, far above any previous spikes. Even after a decline from the record high that car rental prices hit in June, according to the US consumer price index, they were still 51% higher in September this year than in September 2019.

Shares of Tesla were up 5% in early trading, taking the company to a $956 billion market value. That positions Tesla to pass Facebook as the fifth most valuable US company, behind only Apple, Microsoft, Google and Amazon.

Tesla's market value is now greater than the combined value of the 11 largest automakers in the world.