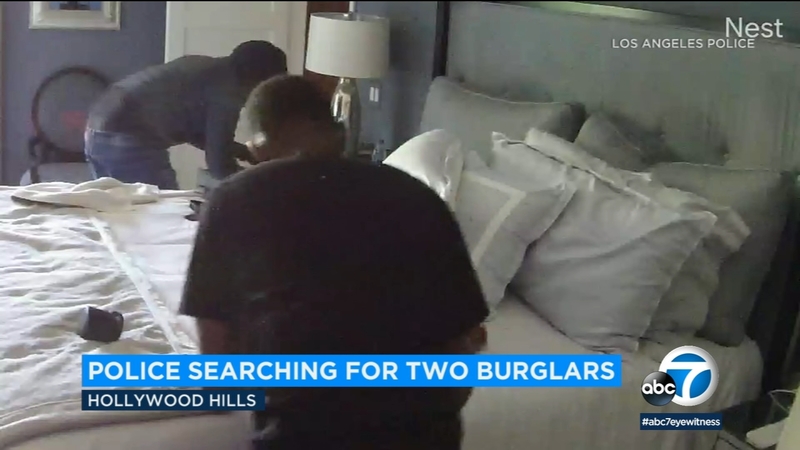 Investigators say the suspects repeatedly rang the victim's doorbell near Hillside Avenue and North Ogden Drive on July 19 around 5:30 p.m.

Tom Becktold and his husband were out of town during the break-in, but security video captured the burglars.

The suspects knock and ring the doorbell for about five minutes before entering the home and head upstairs.

The suspects wore gloves and used a pillow case from the bedroom to load up the goods.

The suspects also headed downstairs looking for valuables, not seeming to care their faces were on camera.

Both men are believed to be between 18 and 25 years of age.

Becktold's neighbor, Grammy Award-winning singer Rihanna, had her home across the street broken into last year. LAPD says police arrested a Fullerton man in May after the singer's assistant found him inside her place.

In Becktold's case, police say they're investigating to see if the suspects are connected with any other break-ins.

"This appears to be an isolated incident from what we have right now, but obviously they're not ruling anything out," Officer Mike Lopez said.

Becktold says he's grateful his animals were not harmed and thankful his housekeepers were not there at the time.

He hopes someone recognizes the suspects.