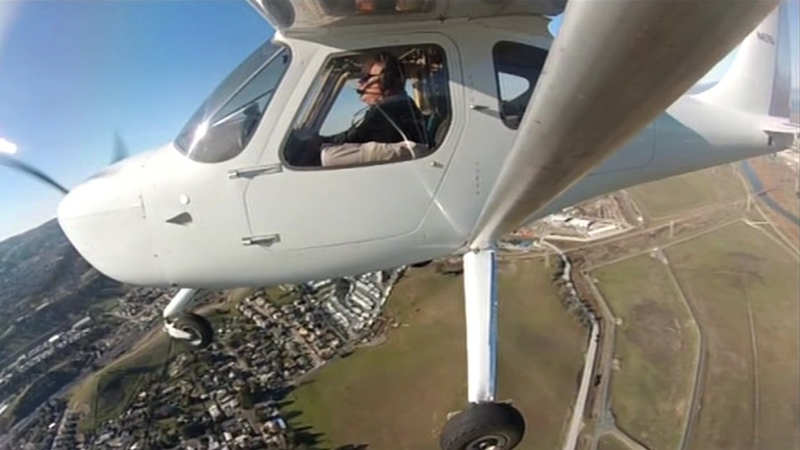 CONCORD, Calif. (KGO) -- It's a dangerous and illegal New Year's tradition in some Bay Area communities: celebratory gunfire at the stroke of midnight. In Concord, the bullets were going up just as a small plane was landing.

Amid the midnight revelry around the Buchanan Air Field in Concord, there were noises that sound very much like gunshots, just as a small plane was making its final approach for landing.

"You don't want to get hit by these things," said Roland Williams, a flight instructor.

"It could kill you..." says a flight instructor at Concord's Buchanan Field about celebratory gunfire near airport. pic.twitter.com/EY0GAYMNjS

The plane wasn't hit, but veteran pilots say it's a situation that could prove deadly.

Planes typically fly at 1,000 feet or lower around Buchanan, sometimes as low as 500 feet over the neighbrhood to the north, where residents say at least some of Thursday night's gunfire came from.

There were illegal fireworks, too. But those typically pose no danger to planes.

Ralph Neumeister is a flight instructor and former commercial airline pilot. He's not that worried about bullets.

Depending on the cartridge, scientists estimate a bullet fired straight up in the air can travel as high as 10,000 feet.

In California, discharging a firearm into the air is a felony.