KGO
By Kate Larsen
SAN ANTONIO (KGO) -- Hundreds of children remain separated from their families at the border. Congresswomen Jackie Speier invited a group of Bay Area men and women, who have been volunteering at the border to share their experiences.

"The children themselves describes la perrera as this cage for the most vicious of animals in their country and the children are being housed there, separated from their parents," said Belinda Hernandez-Arriaga, a faculty member in USF's education department and an expert in Latino mental health.

Hernandez-Arriaga says she had many conversations with children, seeking asylum at the border in McAllen, Texas. She was in McAllen two weeks ago volunteering at a Catholic Charities respite center, where they helped families with clothing, showers and food after they were released from ICE detention. "What they were sharing were numerous numerous human rights violations that we heard, such as the children being placed in cages, separated from their parents, fluorescent lights on 24 hours a day."

Hernandez-Arriaga was with a group of Bay Area volunteers who helped the asylum-seeking families transition from ICE detention to life with a sponsor family while they wait for a court date.

572 children remain in US custody, including 410 whose parents have been deported without them.

"They're coming to our country seeking asylum which is not a crime, but they're treated like prisoners, like criminals," said Lilli Rey who went to Texas last month with Hernandez-Arriaga. But, the first time she went to the border, was with a group of women from San Mateo County who accompanied Congresswoman Jackie Speier to McAllen in June.

Congresswoman Speier invited the group into her home to share their experiences in McAllen. The hope, is that that information will help improve the situation for families at the border in the future.

"The fact that they've already made two trips is remarkable, but it's not enough," said Congresswomen Speier. "They're going to continue to be the observers there because this administration has no compunction about violating the laws, ignoring the laws in this country and we can't let that happen."

The government says they've reunited 1,500 children with their parents, but Congresswomen Speier says she is skeptical of that number.

The group of Bay Area volunteers hopes to travel back to the border in November. 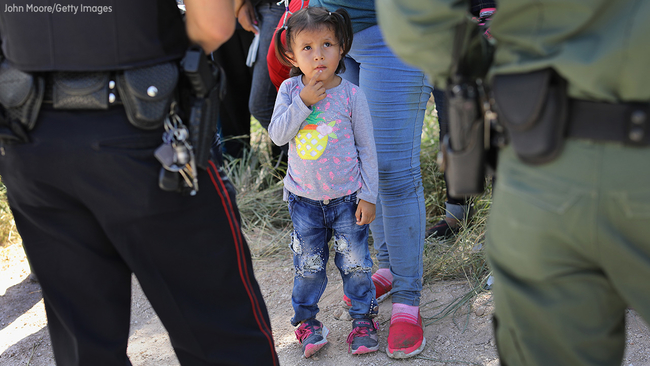 What are 'tender age' shelters for the youngest immigrants?
Reflecting on the Crisis at the Border: Different points of view
Bay Area women recall visit to respite center in Texas
Bay Area activists mobilize to help immigrant families
BORDER CRISIS