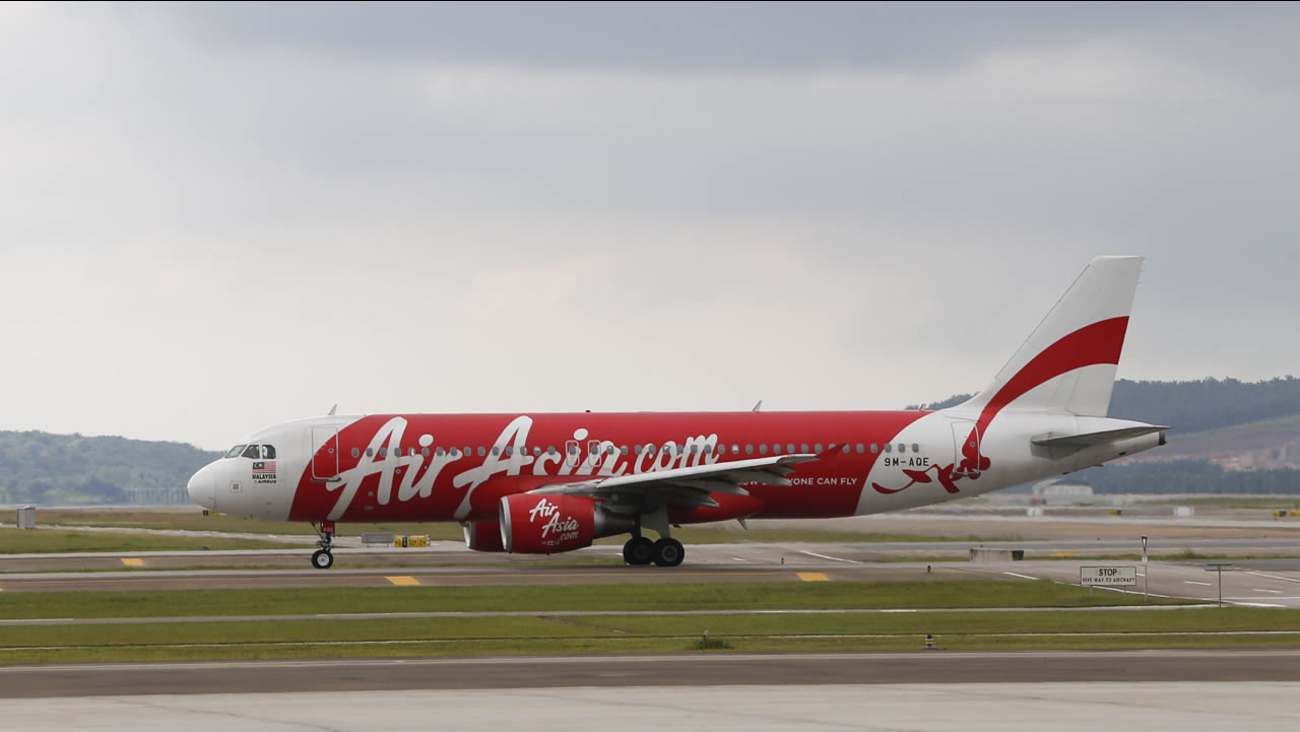 An Indonesia National Search and Rescue spokesman says several pieces of debris have been spotted floating in the sea off Borneo island, possibly linked to the missing AirAsia jetl

PANGKALAN BUN, Indonesia -- Indonesian officials coming off a helicopter on Borneo island say they have recovered several bodies floating in waters near where the missing AirAsia flight was last seen. The bodies were brought to an Indonesian navy ship, National Search and Rescue Director SB Supriyadi says.

Authorities believe they have found wreckage connected with the missing AirAsia jetliner, after debris and the bodies were spotted in the Java Sea.

Bambang Soelistyo, the head of Indonesia's National Search and Rescue Agency, said a shadow in the shape of a plane has been spotted in the water. Debris found in the water appears to include an emergency exit door.

Search and dive crews are being sent to the area, Soelistyo said.

A relative of passengers of the missing AirAsia flight weeps as they wait at the crisis center at Juanda International Airport in Surabaya, East Java. (AP Photo/Firdia Lisnawati)

A relative of passengers of the missing AirAsia flight QZ8501 weeps as they wait at the crisis center at Juanda International Airport in Surabaya, East Java, Indonesia, Tuesday, Dec. 30, 2014. (AP Photo/Firdia Lisnawati)

Flight QZ8501, an Airbus A320-200, lost contact with air traffic control over the Java Sea during a flight to Singapore Sunday morning, shortly after the pilots requested a change of flight plan because of weather.