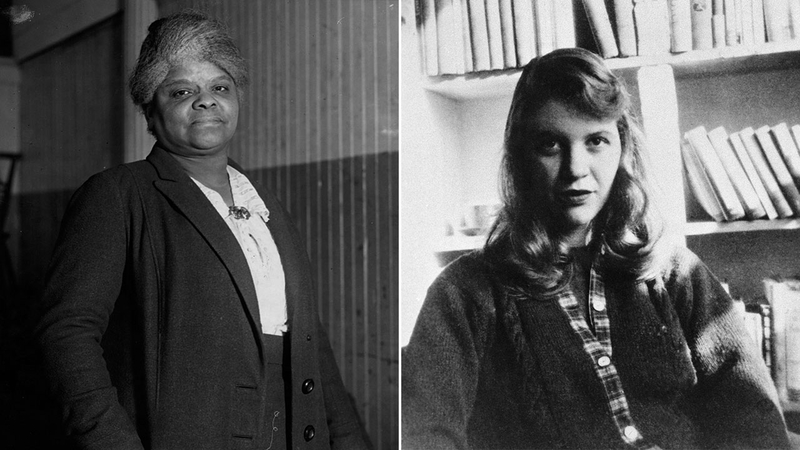 Ida B. Wells, other famous women finally get obituaries

Ida B. Wells. Sylvia Plath. Henrietta Lacks. They're all influential women, and none of them got an obituary in the New York Times.

On International Women's Day, the newspaper is changing that. In a section they call ''Overlooked,'' they wrote that "Since 1981, obituaries in the New York Times have been dominated by white men." The story continued, "even in the last two years, just over one in five of our subjects were female."

The Times published full obituaries for each of these and 12 other influential women. Links to their stories can be found below.

Wells was a former slave who became one of America's most famous journalists. She was known for speaking out against lynching.

Jin was a poet who advocated for women's rights at a time when Chinese society believed that a woman's place was at home.

Outerbridge is credited with introducing tennis to America in the 1870s.

Arbus was a photographer known for her controversial portraits that highlight the lives of those living on the edge of society, such as circus performers, transvestites and mentally disabled people.

Johnson was a transgender activist and an icon in New York's Greenwich Village. She was a model for Andy Warhool, a prostitute and a drag performer. She also spent much of her life homeless.

Plath was a poet and novelist whose most famous work, The Bell Jar, was not published until years after her death.

Lacks was a cancer patient whose cells were taken without her permission, and she was never paid for it. The subsequent research that was done with her cells led to a vast variety of treatments, including those for herpes, polio, leukemia and influenza.

Madhubala was a Bollywood legend often compared to Marilyn Monroe - both for her acting abilities and her beauty, as well as for her tragic life.

Roebling oversaw the construction of the Brooklyn Bridge after her husband, engineer Washington A. Roebling, got sick. She was also the first person to cross the bridge.

Larsen was a Harlem Renaissance-era novelist whose writings are studied today in black studies and American literature courses.

Ada Lovelace was a mathematician who saw the potential in computing a century before the computer age. Her writings about programming in the mid-1800s have caused her to be considered the world's first computer programmer.

Abbott won the ladies golf competition at the Olympics in 1900, though at the time the games were so disorganized that many athletes (Abbott included) didn't realize their competition was an official Olympic event. It was only in the 1970s, years after Abbott died, that a doctoral student confirmed that Abbott was the first American woman to win an Olympic event.

Charlotte Bronte was an author best known for her novel Jane Eyre.

Ayon was a Cuban printmaker whose work took her around the world at a time when many Cubans were not allowed to leave the country.

Davidson believed a woman should travel by herself, especially by bicycle. Her passion inspired her to found the Lady Cyclists' Association, the first women's cycling organization, in 1892.