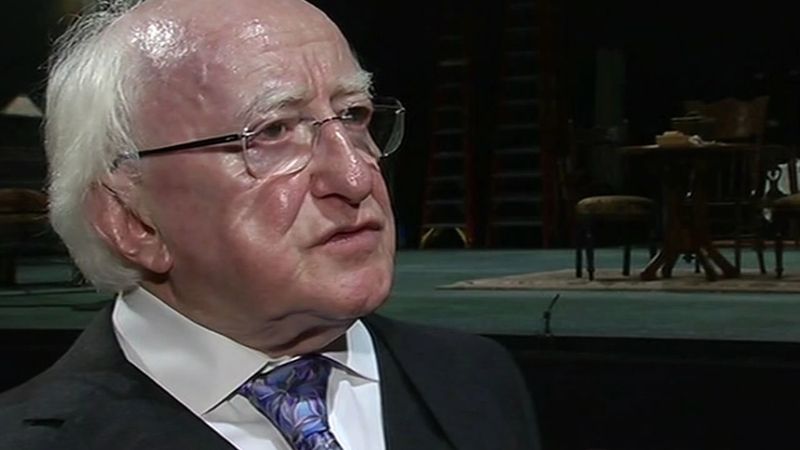 BERKELEY, Calif. (KGO) -- Irish President Michael Higgins visited UC Berkeley Monday evening to talk about his vision to end global poverty. ABC7 News spoke with him and found out he is also going to visit with Gov. Jerry Brown.