K-9 deputy receives final call before being put down 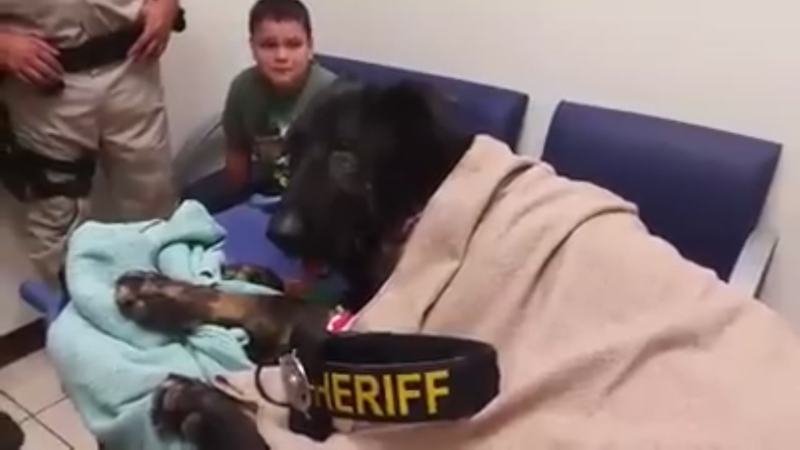 K-9 deputy receives final call before being put down

EDINBURG, Texas. -- It was a sad goodbye to a K-9 cop for a Texas police agency. Hidalgo County Sheriff's Office K-9 cop Argo was put down on Saturday, but not before an emotional 'last call' over police radio as he was surrounded by her family.

In a Facebook post, the sheriff's office described Argo's journey to their department and his battle with cancer.

They wrote: "Argo was born on the 13th of March 2006 in the Czech Republic. Argo was a perfect example of his breed, the Czech German Shepherd. After being acquired from Creative Kennels in Turlock, California, he proudly began his training and service with the Hidalgo County Sheriff's Office in August of 2009 and was partnered with LT Francisco Guerrero. Argo was a Narcotics Detection Dog that certified with the National Narcotics Detector Dog Association on a yearly basis as well as a skilled and relentless Police Tracking Dog. Argo was credited with taking thousands of pounds of dangerous drugs off of our streets as well as the apprehension of many dangerous felons. Argo was diagnosed with bone cancer, but refused to let it slow him down. Only after the pain became evident to his partner and the cancer was found to be all over his body and terminal, was the hard, painful, but loving decision made to end his suffering. Argo was given a small and private ceremony where he was honored with the traditional Last Call, given to those who pass in the line of duty."

Sheriff's officials thank the public for the kind words during this time. They say Argo will be publicly honored at the HCSO First Annual South Texas K9 Competition on Nov. 10.