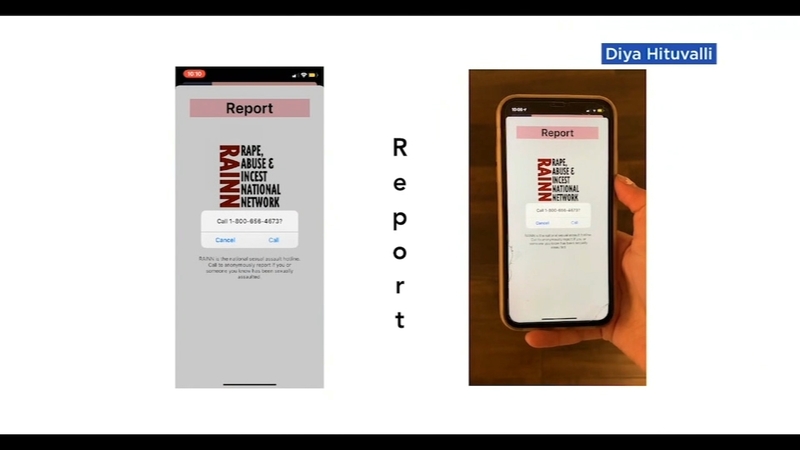 SAN JOSE, Calif. (KGO) -- A junior at Valley Christian High School in San Jose wanted to speed up the reporting of sexual assaults, so she created an app she says does just that.

"It will trigger a loud alarm to first of all scare off whoever's bothering them in that moment, and it'll also send their location details to 911," said Diya Hituvalli.

The 16 year old developed Keep Me Safe, which was the winner among 12 apps submitted for a competition sponsored by San Jose Congresswoman Zoe Lofgren. Hituvalli came up with improvements over existing apps by utilizing voice recognition.

"People don't really have the amount of time to press a bunch of buttons, and it can be very confusing," she said. "Whereas when you are using voice recognition, all you really need to do is say the word help."

The user activates the app when potential danger arises, listening for that key word "help." It also creates a text alert for police with the user's location. That solves what she considered a weakness in other apps, which send messages to friends or family, and could delay response.

The Keep Me Safe app is available on the Apple App Store for free as a public service. Rep. Lofgren praised the high schooler for what she developed.

"It's about power," Lofgren said. "It's about keeping women from being fully who they are, and that's why what you're doing is very important."

Hituvalli plans to study computer science in college. She is also working on her next app, one that will allow diners to determine if a menu item they want to order might have ingredients that could trigger an allergic reaction.