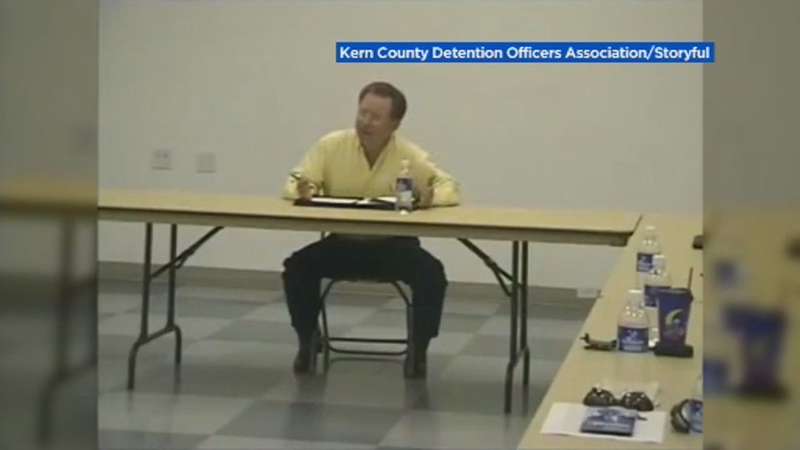 "When a guy makes a bad shooting on somebody and kills them? Three million bucks and the family goes away after a long back and forth," Youngblood said. "When it happens in corrections, it's a totally different ballgame."

Youngblood says the comment was taken out of context and he wasn't urging anyone to kill inmates.

The Bakersfield Californian says the clip released Monday was shot when Youngblood appeared before the county Detention Officers Association in 2006.

The union is currently backing his election rival.

In the video, Youngblood says detention deputies are better trained than ever because it costs millions of dollars to settle deputy misconduct lawsuits.

Then he asks what's better financially for the county: To cripple or kill an inmate?

Someone responds: kill them.