'Killing him is too easy': Golden State Killer victim reacts to trial

KGO
By by Leslie Brinkley
WALNUT CREEK, Calif. (KGO) -- A Golden State Killer victim from Walnut Creek is reacting to the news that suspect Joseph James DeAngelo will be tried for his crimes in Sacramento County.

One of the so-called Golden State Killer's victims still lives in the East Bay. She was assaulted in her Walnut Creek bedroom in June 1979. She was only 13 years old. Her case is one of nine in Contra Costa County but not one of the cases being prosecuted.

When asked if she would be going to the trial in Sacramento, Mary Berwert said, "Nope won't be going. I don't care to spend any time in a room with him. I just don't. I don't want him to have any of my energy."

Berwert watched the press conference from her East Bay apartment. She said she'd testify if called to the stand but otherwise will avoid the trial in Sacramento.

A Bay Area woman who was just 13 years old when she assaulted by the Golden State Killer is reacting to news the suspect will be tried in Sacramento County.

Three of the four Assaults took place in Concord and San Ramon in October 1978. The fourth attack took place in Danville in June 1979 just two weeks before Berwert was gagged with her training bra and assaulted in her Walnut Creek bedroom by a man who held a knife at her throat.
The statute of limitations for filing sexual assault charges have passed.

But the four cases being charged involve charges of kidnapping in the course of a robbery which means moving a person forcibly from one room to another.

Berwert said her attacker never moved her out of her bedroom and that's why she believes her case is not part of the prosecution.

When asked about her feelings that the man accused of being the Golden State Killer could face the death penalty Berwert said, "I don't think we should kill him because killing him is too easy. It's too easy for him. He should have to live with it for the rest of his life."

She expressed her gratitude to all of the investigators and the district attorneys involved in the prosecution. 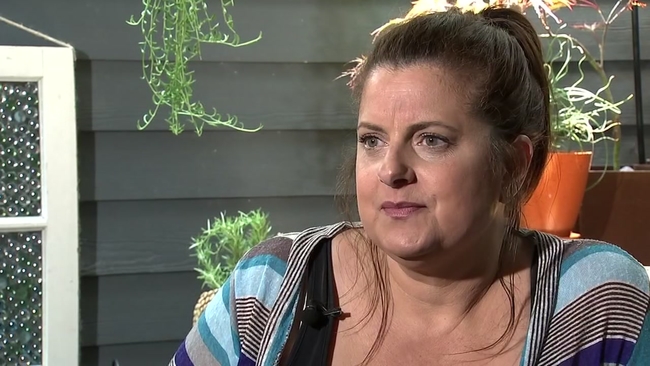