KABC
By Josh Haskell
LOS ANGELES -- The Los Angeles Lakers honored the late Kobe Bryant at Staples Center Friday night in their first game since the tragic crash on Sunday.

Throughout the arena, Bryant's #8 and #24 jerseys blanketed several rows of courtside seats.

Bryant was killed in a helicopter crash along with his daughter Gianna and seven others on Sunday.

Jeanie Buss and Rob Pelinka issued touching tributes to Kobe Bryant and his daughter Gianna on Thursday, mourning their deaths but also remembering them both as inspirational figures.

The Lakers were scheduled to play against the Los Angeles Clippers on Tuesday night, but the game was postponed after the crash involving Bryant.

The Lakers held a pregame ceremony Friday night for Bryant before tip-off against the Portland Trail Blazers, including a heartfelt speech from LeBron James and a video tribute to the victims of the crash. They were expected to continue to honor him throughout the game. 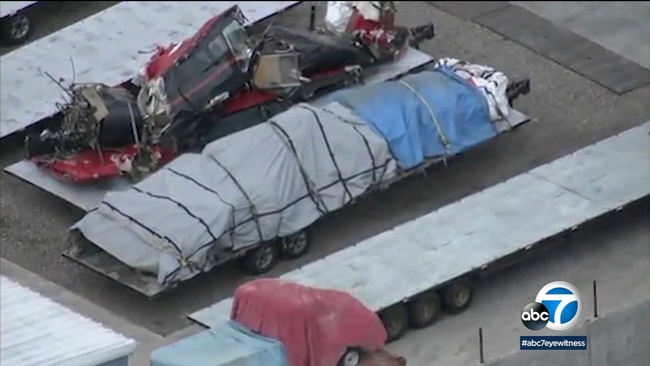 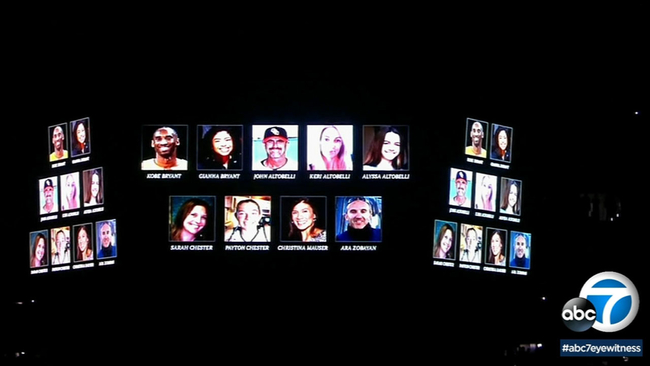 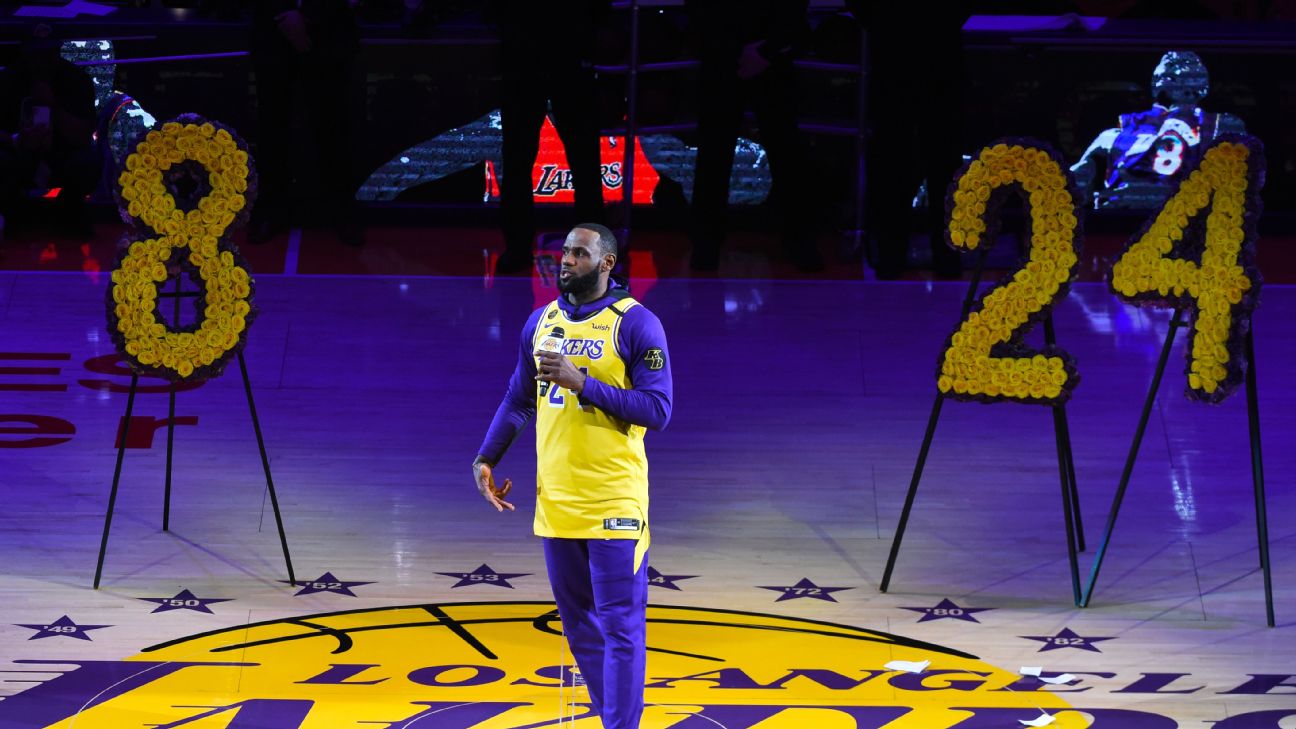