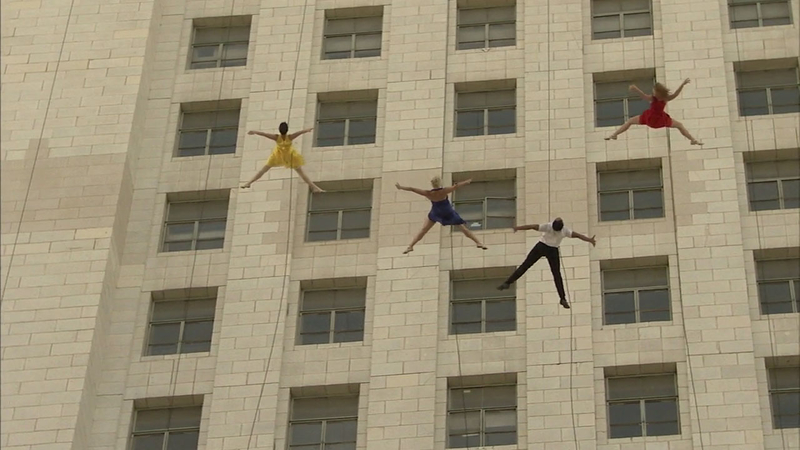 Acrobatic performers suspended by ropes performed dance numbers along the side of City Hall, and Garcetti himself took to the piano with a jazz ensemble.

The musical, set in and shot around Los Angeles, won six Academy Awards in February.

"To be standing in front of City Hall in downtown Los Angeles and seeing dancers come down the side of City Hall to the songs from the picture - it's absolutely surreal and a dream come true," said Jordan Horowitz, the film's producer.

The film, which follows a struggling musician Ryan Gosling and aspiring actress Emma Stone set in present day L.A., has been described as a love letter to the region. Countless scenes were filmed on location, from Pasadena's Colorado Street bridge to the Hermosa Beach pier.

The film, shot on just a $30 million budget, has grossed $440 million worldwide.

Other locations around Los Angeles County are also giving special attention to the film. The Blind Donkey bar in Long Beach, the production location for the movie's jazz club, is getting a "Seb's" neon sign and is featuring live music and themed drinks from the film.

On Sunday, prop vintage lamp posts from the film will be installed at Hermosa Beach pier, where Gosling danced and sang "City of Stars" in the film.