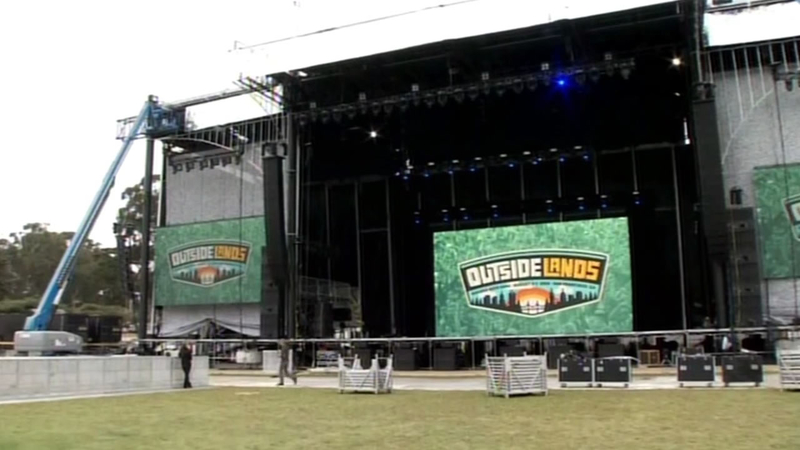 SAN FRANCISCO (KGO) -- Eighty artists, 30 breweries and nearly a quarter million people is what comprised Outside Lands Music and Arts Festival last year and it all starts again Friday.

LCD Soundsystem, Radiohead and Lionel Richie will headline the festival.

"This is one of the top five festivals in the country, a big destination for artists and fans alike. We sold out in 45 minutes," said Allen Scott of Another Planet concert organizers.

Those original tickets cost $375 for a three day pass. Once they sold out a single day pass was fetching $400. Outside Lands will draw 70,000 music fans a day. Without much in the way of parking and hotels near the park, many rely on shuttles Muni, bikes, Uber and Lyft.

"I usually try to avoid it and get out of town. I don't like to spend a lot of money to be in a crowd of people," said San Francisco resident James Deponte.

Some, who are leaving town, said they were able to rent out their places on sites like Airbnb for four times the usual weekend rate.

"Festivals like this one have gotten too big, too crowded, and also very exclusive, cost prohibitive. I can't afford a three day pass to a festival like this even though it's walking distance to my house," said San Francisco resident Heike Hiss.

Half the fans come from out of town. They pump $60 million into the San Francisco economy. Last year, concertgoers set an all time record for data usage in the coverage area burning through seven terabytes of data. This year new cell towers on wheels are set up to increase capacity.

"We have the capacity to serve all the selfie's, Pokémon Go, and the era of Snapchat," said Marcos Martinez, an AT&T engineer.