KTRK
SANTA FE, Texas -- A 17-year-old carrying a shotgun and a revolver opened fire at a Houston-area high school Friday, killing 10 people, most of them students, authorities said. Thirteen people were confirmed to be injured during the shooting.

The shooting was the nation's deadliest such attack since the massacre in Florida that gave rise to a campaign by teens for gun control.

The suspect was identified as Dimitrios Pagourtzis.

MORE: What we know about school shooting suspect

The suspected shooter, who is in custody on murder charges, also had explosive devices, including a Molotov cocktail, that were found in the school and nearby, said Gov. Greg Abbott, who called the assault "one of the most heinous attacks that we've ever seen in the history of Texas schools."

Authorities offered no immediate motive for the shooting. The governor said the assailant intended to kill himself but gave up and told police that he did not have the courage to take his own life.

Late Friday afternoon, Pagourtzis appeared before Galveston County Magistrate Judge Mark Henry. During the appearance, the teen acknowledged understanding the charges against him, only saying "yes, sir" and "no, sir" when asked questions. He was ordered held without bond.

Pagourtzis plays on the Santa Fe High School junior varsity football team and is a member of a dance squad with a local Greek Orthodox church. Acquaintances described him as quiet and unassuming, an avid video game player who routinely wore a black trench coat and black boots to class.

The suspect used a shotgun and .38-revolver obtained from his father, who owned them legally, Abbott said. It was not clear whether the father knew his son had taken them.

"Eventually it was going to happen here"

"It's been happening everywhere. I've always kind of felt like that eventually it was going to happen here too," Santa Fe student Paige Curry said. "I don't know. I wasn't surprised. I was just scared."
EMBED More News Videos

A Santa Fe High School student said she wasn't surprised by a mass shooting at her Texas school.

Governor Abbott also confirmed during a press conference Friday afternoon that 10 people were wounded in the shooting.

The wounded included a school police officer who was the first to confront the suspect and got shot in the arm.

Michael Farina, 17, said he was on the other side of campus when the shooting began and thought it was a fire drill. He was holding a door open for special education students in wheelchairs when a principal came bounding down the hall and telling everyone to run. Another teacher yelled out, "It is real!"

Students were led to take cover behind a car shop across the street from the school. Some still did not feel safe and began jumping the fence behind the shop to run even farther away, Farina said.

"I debated doing that myself," he said.

Witnesses say the shooting took place in an art class on campus between 7:30 and 7:45 a.m. Students were evacuated from the building, and backpacks were searched before they were transported to Alamo Gym at 13306 Highway 6 to be reunited with their parents.

"We thought it was a fire drill at first but really, the teacher said, 'Start running,'" student Leila Butler said.

We grieve for the terrible loss of life, and send our support and love to everyone affected by this horrible attack in Texas. To the students, families, teachers and personnel at Santa Fe High School – we are with you in this tragic hour, and we will be with you forever... pic.twitter.com/LtJ0D29Hsv

Friday's assault was the deadliest in Texas since a man with a semi-automatic rifle attacked a rural church late last year, killing more than two dozen people.

Santa Fe is roughly 36 miles outside of Houston. According to the Texas Education Agency, the high school enrollment is about 1,400 students. 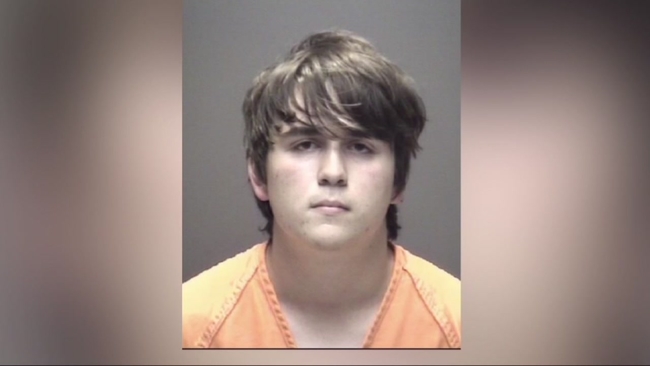 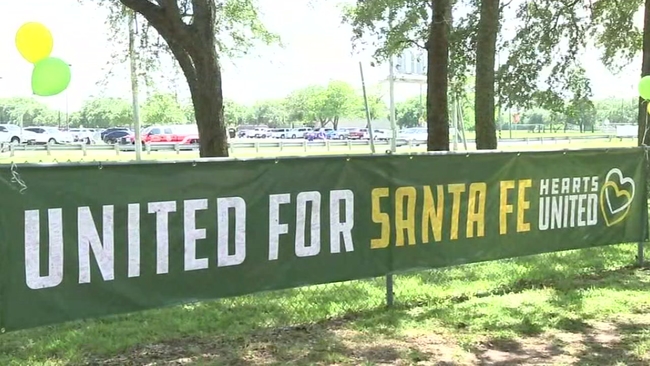