KGO
By by Randall Yip and Michael Finney 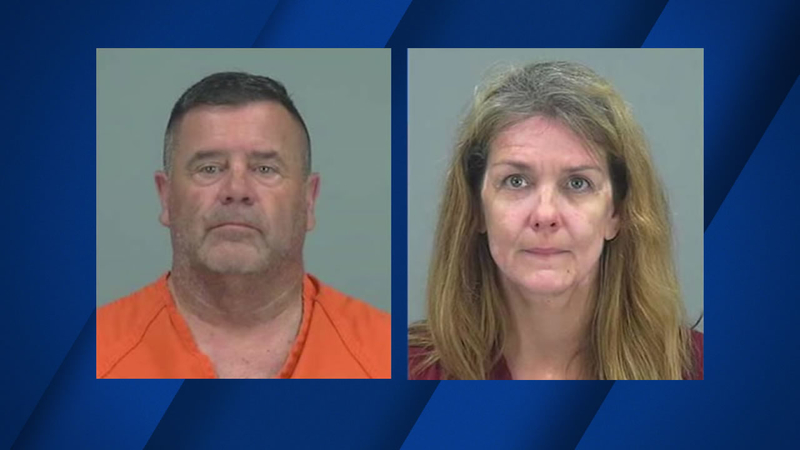 SAN JOSE, Calif. (KGO) -- State regulators are calling this one of the largest local contractor fraud cases in recent history.

A San Jose couple is facing 33 felony counts and is accused of defrauding customers out of more than $800,000 dollars. For the first time, homeowners who say they were victimized are speaking publicly about the case.

The homeowners who filed complaints in this case say the suspects totally won them over.

Jana Lee wanted to add a sunroom to her home to take advantage of her gorgeous views in Millbrae.

Cindy Seto dreamed of building out her home in San Carlos with an L-shaped sun parlor.

They both hired a company run by this married couple, William and Constance Gabriel.

The Gabriels face 79 counts in all, including 33 felony counts of grand theft, elder fraud and white collar crime enhancements for allegedly taking money for personal expenses and not completing the work promised.

Jana Lee said William Gabriel told her he was a pastor.

"We're Christian. We try to give business to fellow Christians," said Jana.

Cindy has been fantasizing about using her new room addition since she hired Sunrooms America in 2016.

"Really want to sit inside the sunroom, holding a book, drinking a cup of tea, facing the view," she said.

Cindy says, at the time, Sunrooms America's Yelp reviews were good, the company was licensed and seemed to know what it was doing.

The following month, she says she paid Sunrooms America another $20,000.

Two years later, Cindy tells us construction has yet to begin.

"He began tearing up the deck, and reinforced it with those boards going long ways," Jana said.

She says no work has been done since by Sunrooms America since November 1, 2016.

"So he kept letting it go. He's a Christian. He's a good guy, kept giving him the benefit of the doubt. Finally I said I'm done."

Both Jana and Cindy filed complaints with the Contractors State License Board, which stripped the license from Sunrooms America.

The biggest mistake consumers make is pay too much up front.

"Once they got that money in their pockets, you lose a lot of leverage," said Lopes.

By law, contractors can't ask for more than 10 percent of the contract price or $1,000 -- whichever is less.

Prosecutors say the Gabriels fled to Pinol County, Arizona, but were arrested by investigators with the Santa Clara County DA's office.

"If you know the law is coming after you, don't think going to another state is going to get you off the hook."

Each defendant is being held on $680,000 bail. Prosecutors say if you feel you were defrauded by this couple, you are urged to contact the Santa Clara County District Attorney's Office.

For more stories related to fraud, visit this page.
Report a correction or typo
Related topics:
san josecrimearrestconstruction7 on your sidefraudhomeownersconsumerconsumer concerns
Copyright © 2021 KGO-TV. All Rights Reserved.
7 ON YOUR SIDE
7 On Your Side investigates calamity at California EDD
Can you afford to voluntarily quit your job?
EDD sending 'conditional payments,' but critics still skeptical
Why you may want to opt out of monthly Child Tax Credit
TOP STORIES
US hits 70% vaccination rate -- a month late, amid a surge
SFGH to give supplemental mRNA vaccine to those who got J&J shot
Solano Co. health director defends not mandating masks
7 On Your Side investigates calamity at California EDD
EXCLUSIVE: SJ businesses targeted by anti-maskers amid surge
Bay Area health officers issue new indoor mask mandate
NYC to require vaccination proof for indoor dining, gyms
Show More
China orders mass testing in Wuhan as COVID outbreak spreads
Officer dead after burst of violence outside Pentagon
NY Gov. Cuomo sexually harassed multiple women: Probe
Delta variant creates 'tricky path' for Newsom ahead of recall
Kaiser Permanente, others announce vaccination requirements
More TOP STORIES News