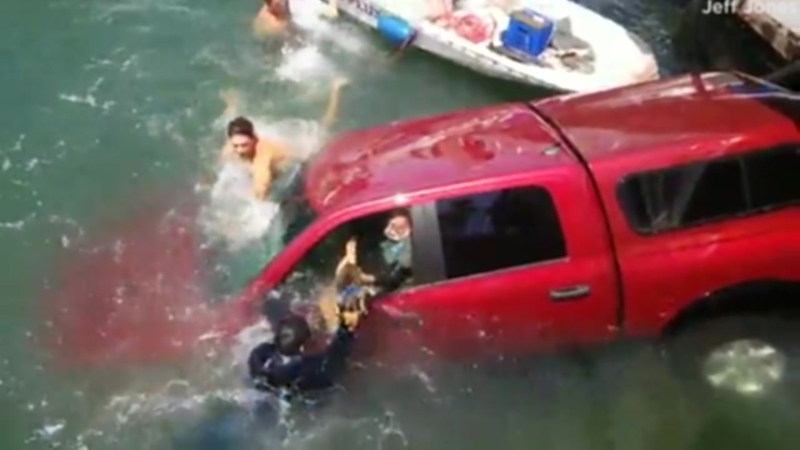 LONG BEACH, Calif. -- Good Samaritans jumped into the water and helped rescue a man, a woman and a dog after the driver accidentally crashed through a guardrail at the marina in Long Beach.

Long Beach police were called to the 200 block of Marina Drive around 1 p.m. Saturday following a report about a car going into the water.

A man, a woman and a dog were inside the vehicle when it plunged into the water.

Good Samaritans who were working nearby were able to pull them out before rescuers got to the scene.

The couple and the dog were not injured.

Officials said they do not suspect DUI, and they believe the elderly driver just made a mistake.

No other vehicles were involved in the incident.