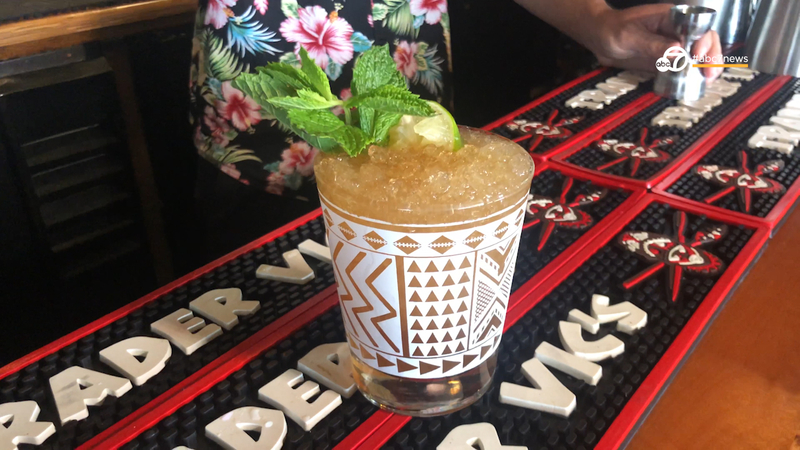 Emeryville, Calif. (KGO) -- The world famous Mai Tai cocktail is synonymous with the tropics, but the original Mai Tai was created at Trader Vic's in the East Bay.

Trader Vic's a tiki-themed restaurant offers an escape to a tropical paradise. Located by the Emeryville Crescent State Marine Reserve with a beautiful view of the Berkeley Marina.

The event is going to be a big celebration in honor of the Mai Tai with a rum tasting, live music, island themed vendors, and great food.

The man behind the Mai Tai

Vic Bergeron founder of the "Trader Vic's" restaurants is known to be the creator of the first Mai Tai. He opened his first restaurant, Hinky Dinks, a saloon-style themed restaurant in Oakland.

Bergeron took his wife on a trip to Cuba and Hawaii and was inspired by the tropical islands to open a restaurant that offers and escape from the daily struggle.

RELATED: It's not black magic! Key ingredients to the latest wine making trend in the Livermore Valley

"He came back and decided that we are changing this instantly and put up some tropical décor," says Raquel Rodriguez Vic President for Trader Vic's Worldwide. "His wife said we are already changing the look of this place, let's change the name and you are known as the Trader so it became Trader Vic's."

Today Bergeron is known to be one of the founding Father of Tiki-themes restaurants by creating an island ambiance and with a menu full of tropical drinks.

"I would say that our focus is island, escapism, and this started in the 30's around The Great Depression," said Rodriguez. "The Trader really wanted to provide something for his guests that could get them away from that daily life and that daily struggle and that was what Trader Vic's was." Trader Vic has expanded to 19 locations around the world.

How the Mai Tai was created

Bergeron was known to be an innovator and would love to get behind the bar and create his own drink recipes. He had friends visiting from Tahiti and wanted to make them something special.

"He whipped up this concoction using a seventeen-year-old J. Wray and nephew rum, fresh lime juice, orange curocao, orgeat, a considerable amount of shaved ice and slid it over to his guest," said Rodriguez. "She took one sip of it and said 'Mai Tai-Roa Ae!' which means 'Out of this world!' and 'The best!' in Tahitian and that is really how the Mai Tai was born."

How the Mai Tai made it to Hawaii

In 1953 Trader Vic was commissioned by the Matson Line Hotel to create tropical drinks for the Royal Hawaiian properties.

"He came with new cocktails and one of them was the Mai Tai and the nine others were quickly forgotten because the Mai Tai made supreme," said Rodriguez. "I would say that is when the Mai Tai was introduced to Hawaii and became synonymous with the Hawaiian culture was his partnership with the Royal Hawaiian."