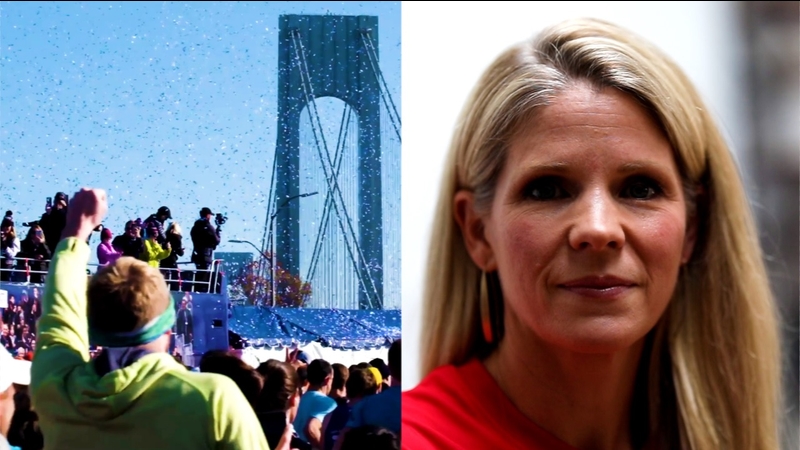 NEW YORK CITY -- Kelli O'Hara is no stranger to the long, disciplined training regimen required to bring a Broadway show to life on stage.

So when the Tony-winner was asked to undertake the biggest challenge of her life, a feat far from the footlights of the stage, she knew she was prepared to tackle it.

"The Cancer Support Community called and they said, 'Would you like to run the marathon for us?," O'Hara says, a week before the 50th running of the iconic New York City Marathon. "And this organization is so special that I said, 'I'm your girl."

O'Hara, famed for stage roles in South Pacific, The Bridges of Madison County, and her Tony-winning turn in The King and I, will tackle an extra challenge marathon Sunday, but one that's firmly in her wheelhouse.

"I got a phone call shortly after I announced I would run," O'Hara says. "Would you like to sing the National Anthem? And I thought, sure, why not? It feels like two things coming together: kicking it off with music, but then getting on the road myself."

But there's a third element converging with Ohara's presence at the race: her advocacy fighting cancer, which has tragically impacted several loved ones throughout her life.

It's not the only person she's lost. After her mother-in-law died in 2013, O'Hara's friend, mentor, and hero, Broadway legend Marin Mazzie, succumbed to the disease in 2018.

"Marin was a hero of mine," O'Hara says, recounting how seeing late performers classically trained soprano on stage gave her hope as a young, Midwestern transplant looking to break into Broadway.

"It literally gave me the backbone to go to auditions and to believe that I could make it on Broadway," O'Hara says. "And then getting to know her and call her a friend. She was a ballsy, brassy, beautiful, kind, earthy woman. To lose her was a life wakeup call that this is a fleeting thing, this thing called life."

O'Hara didn't hesitate to step up for the organization that had stepped in for her hero's family, and for so many families that have suffered the tragedy of cancer, including O'Hara's.

"I want to encourage people to make a donation," O'Hara says. "We have all lost people to cancer. But we've also seen people survive."

A performance, a personal goal, persistence, and paying it forward all collide for O'Hara on marathon Sunday.