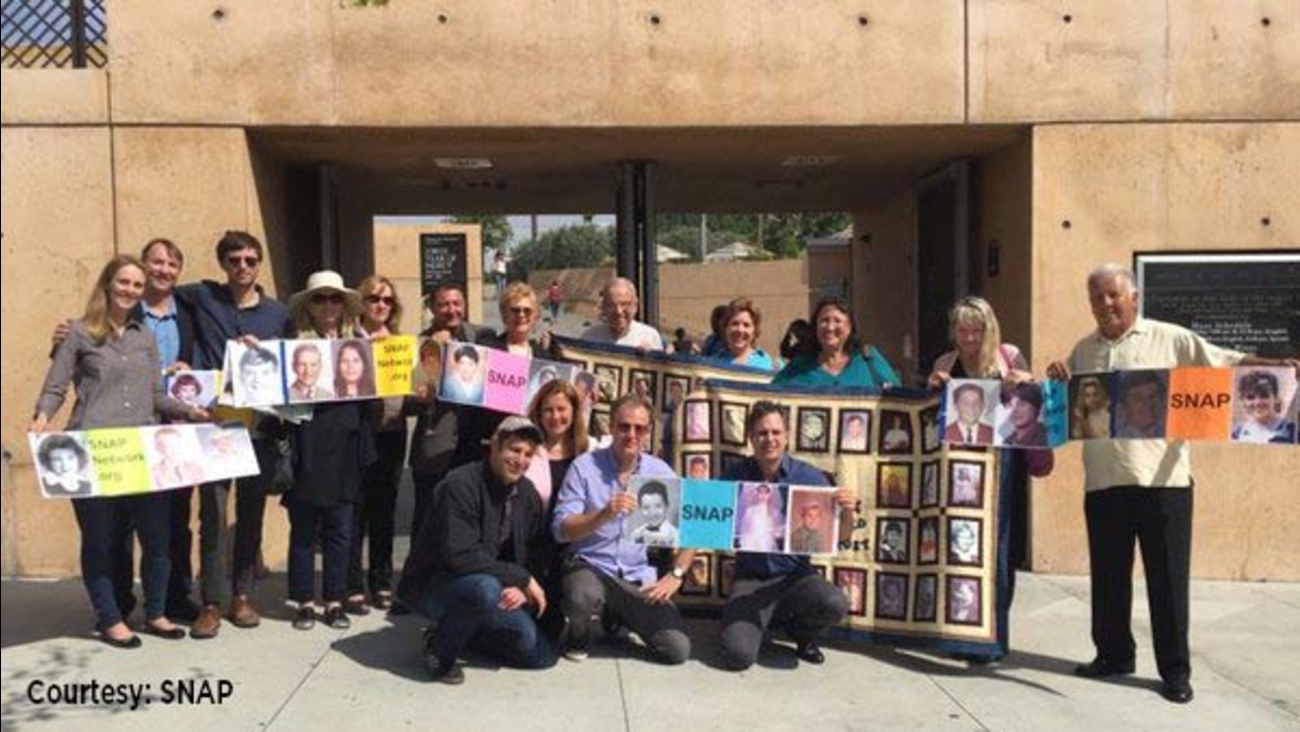 Actor Mark Ruffalo, front right, joined survivors of priest sexual abuse in a protest at the Cathedral of Our Lady of the Angels in downtown LA on Oscar Sunday, Feb. 28, 2016. (Courtesy of SNAP)

LOS ANGELES -- When other celebs were running through last-minute preparations for the walk down the red carpet Sunday, actor Mark Ruffalo and the writer and director of "Spotlight" protested with survivors of priest sexual abuse at the Cathedral of Our Lady of the Angels in downtown Los Angeles.

The movie, nominated for six Oscars, focuses on The Boston Globe's investigation of efforts by the Catholic Church to cover up sexual abuse by priests.

One of the most active groups on that issue, and one portrayed in the film, is SNAP - Survivors Network of Those Abused by Priests. Ruffalo as well as the film's director, Tom McCarthy and writer Josh Singer, joined about 20 SNAP members at the Los Angeles protest prior to the Academy Awards ceremony.

"Our message is, we hear you, you're not alone, there's no shame in this," McCarthy said backstage at the Oscars, right after sharing the award for Original Screenplay with Singer. "Come out, speak loud, be heard and save lives. The truly great activists in that organization are doing that."

Singer said he has mixed feelings about how the church has been dealing with the abuse issue more recently. He said he was heartened that a papal commission on the protection of minors agreed to screen Spotlight.

But he said he was disappointed that a survivor of priest abuse was removed from that same commission because he was too vocal about advocating for change.