Will Mavericks big wave surf contest happen this year? The competitions' founder is pushing for it as window closes

The founder of the Mavericks Surfing competition is pushing hard for it as the contest window is set to close at the end of March.

If the competitions' founder legendary surfer Jeff Clark has his way, it could.

On Friday Clark posted a clear and direct Instagram message to the World Surf League, who now runs the competition.

"Mavericks Challenge? Clock is ticking and Wednesday looks good. No time to be shy. Let's get it done @wsl."

Minutes after Clark posted his message on Instagram, the official surf forecasting partner of the Mavericks Challenge, Surfline, posted a blog talking about the likelihood of Mavericks happening this season.

Surfline acknowledged that there are two swells headed towards the legendary surf spot near Half Moon Bay. The first arrives on Monday, March 11, the second arrives on Wednesday, March 13, but Surfline forecasters say that neither appear to be big enough to run the competition.

"They currently look too small and north in direction to set up even the minimum size of 25 to 30-foot faces for the event to run," said Kevin Wallis, Director of Forecasting for Surfline.

But the good news is that the end of the month looks better.

"Going further out, there is at least a glimmer of hope heading into the final 10 days of the month as we may see storms track closer to the West Coast, further south and with greater intensity," wrote Wallis on the Surfline.com blog.

"The latest long-range model guidance looks more promising than what we've seen in quite some time. Stay tuned."

If Mavericks does not run this year, many will point back to the missed opportunity earlier in the season when a humongous December swell roared into the legendary surf spot.

Dozens of surfers braved 30 to 50 foot waves even after the league said the conditions were too big and too volatile to hold the competition.

According to the National Weather Service, that swell was the 7th highest for that area since 1987.

Despite the dangerous conditions surfers told ABC7 News that it was one of the best days ever at Mavericks, with the biggest waves of the day reaching 60 feet tall.

The big wave contest did not run during the 2017-2018 season due to poor weather conditions.

Cartel held the last Mavericks competition, then-called 'Titans of Mavericks' in February of 2016. 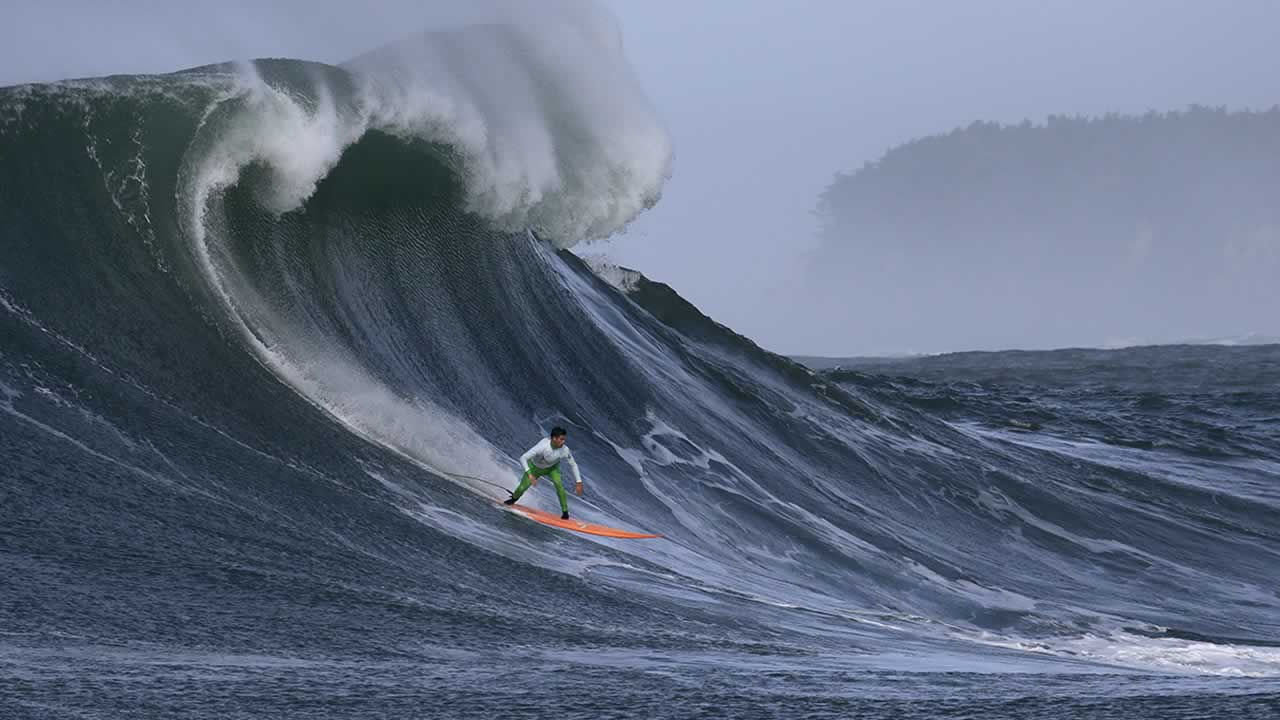