Meena Harris, who happens to be the niece of Kamala Harris, wrote a book about her female-powered family dynamics with inspiration for ambitious young girls.

SAN FRANCISCO -- In her new children's book, Meena Harris aims to show girls that ambition is a positive thing.

Last year on the campaign trail, Vice President-elect Harris was accused by some of being too ambitious. It was a criticism that hit a nerve with San Francisco lawyer, author and entrepreneur Meena Harris, who also happens to be Kamala Harris' niece.

Meena Harris has now written "Ambitious Girl," a new children's book illustrated by Marissa Valdez, in the hopes that little girls learn to reclaim the idea of ambition and learn that it's good to have big dreams.

"Growing up in this very unique family that was all women as a little tiny family unit of me, my mom, my aunt and my grandmother...growing up, ambition was always a positive thing," Harris said in an interview with ABC7 News. "It meant purpose, it meant determination, it meant having a dream and a vision and going for it."

Harris, who runs Phenomenal, a woman-powered lifestyle brand, was sporting a sweatshirt during the interview that said "AMBITIOUS."

"The message is I'm not hiding it and I'm not going to allow anyone to tell me who I am or how ambitious I can be," Harris explained. "Part of it, too, is recognizing it. That this is a culture, a harmful culture that we have in our society and a perspective of women with power."

Harris said the little girl in the book was partly inspired by her two daughters, ages 2 and 4, and her own family. "As you see in the book, just like my daughters, there's a mother figure, a grandmother, an aunt and a whole community, and that's certainly inspired by real details," she said. "But the point is, she, 'Ambitious Girl,' is the reader, so it's whoever is reading the book."

Harris dedicated the book to her grandmother and Kamala Harris' mother, Shyamala Gopalan, who much like her aunt, had a huge influence on her life and notion of success and ambition. In the book, Harris quotes her grandmother twice.

RELATED: Missouri City girl has mission to give books to 1 million kids

"There is a line: 'Don't let anyone tell you who you are, you tell them who you are,'" Harris said. "Another line, it's not written exactly how she said it, but it's incorporated is one that has been talked about a lot: 'You may be the first to do many things, but make sure you're not the last.'"

Vice President-elect Harris has also quoted that line on the campaign trail and Harris said it's been interpreted in many ways. "I'll clarify the meaning behind it which my grandmother intended," Meena Harris said. "The point is yes, be ambitious. You may be the first to dare to do something that's never been doing before, but the other part is more ambition."

"Don't allow that to be the first and last time, right?" she continued. "Be ambitious to bring more people along with you and beside you."

Harris said her book is aimed not just at little girls, but all children from every background.

"The point is, that books like this can be a building block and tools," Harris said. "Look at your bookshelf, what messages are you sending your kids about what the default image or aspirational image is of power and success."

"Ambitious Girl" is available in bookstores nationwide starting Tuesday, January 19. Locally, you can find it at Green Apple Books at 506 Clement Street in San Francisco. 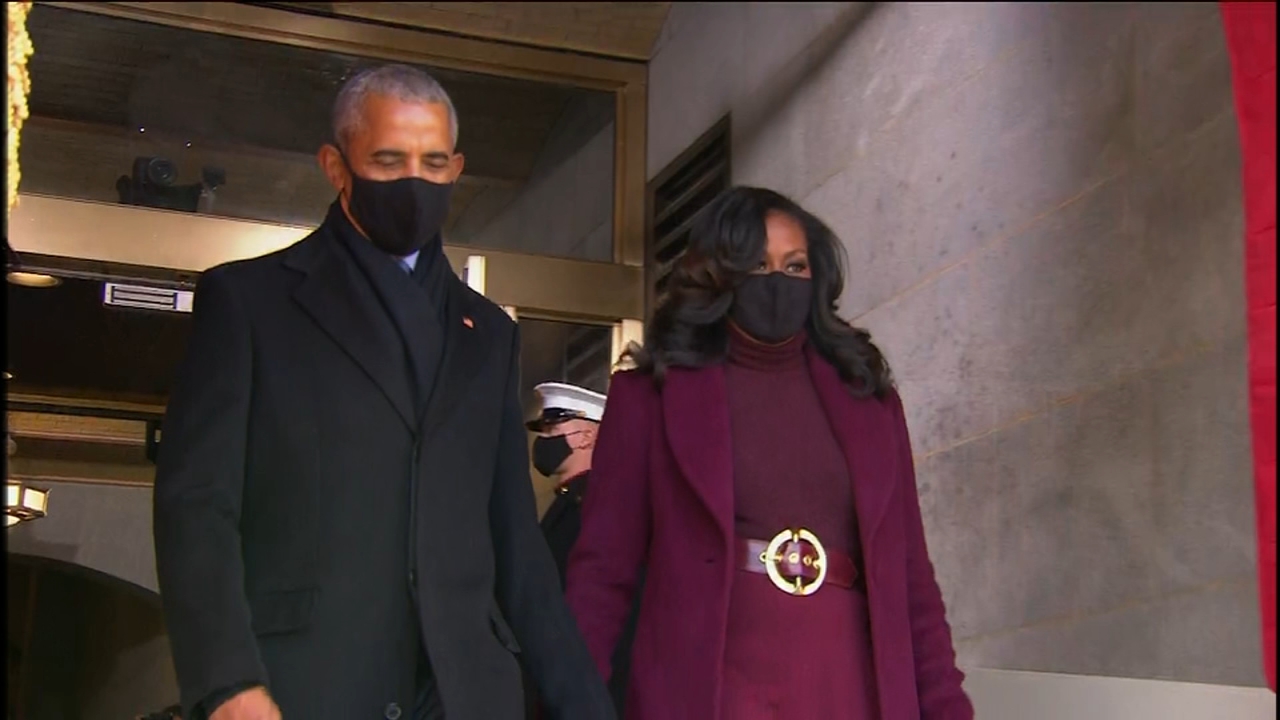