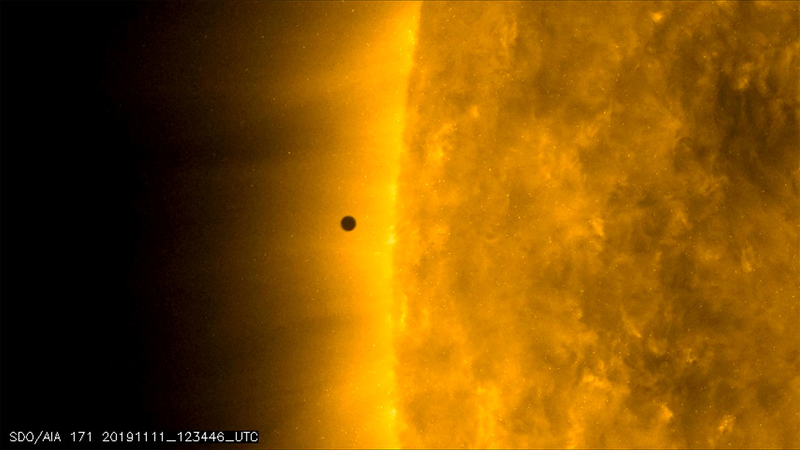 Mini Mercury skipped across the vast, glaring face of the sun Monday in a rare celestial transit.

Stargazers used solar-filtered binoculars and telescopes to spot Mercury - a tiny black dot - as it passed directly between Earth and the sun on Monday.

The eastern U.S. and Canada got the whole 5 -hour show, weather permitting, along with Central and South America. The rest of the world, except for Asia and Australia, got just a sampling.

Mercury is the solar system's smallest, innermost planet. The next transit isn't until 2032, and North America won't get another shot until 2049.

"It's a bummer, but the whole event was still great," Young wrote in an email. "Both getting to see it from space and sharing it with people all over the country and world."

Get ready for a rare astronomical alignment coming on Nov. 11 as Mercury passes directly between Earth and the sun, an event known as a transit.