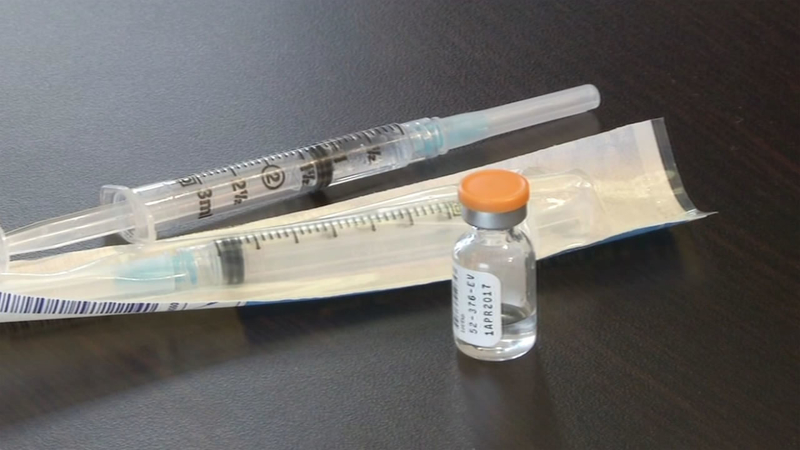 SAN FRANCISCO (KGO) -- A medication that can literally reverse a deadly drug overdose is becoming much easier to get. Pharmacies are now able to furnish Naloxone without a prescription and experts say the drug has already been proven to save lives.

At the Mission Wellness Pharmacy in San Francisco, shelves have been stocked with Naloxone for years. What's different is the opioid blocker will now be available without a prescription - not only to users of drugs like heroin but also their friends and family members.

Lopez, the head pharmacist, says the staff has undergone a specialized counseling program. "TO train you and to make sure that you would not have an allergic reaction," Mission Wellness Pharmacy's Maria Lopez said.

"In a kit we would give out two syringes and two vials," Harm Reduction Coalition's Eliza Wheeler said.

"In the course of the last 15 years or so, I've administered Naloxone about six times to people who were overdosing," she said.

Naloxone can be given through standard injections, nasal dispensers, and even with versions with voice instruction.

While Wheeler's group hands out Naloxone to at-risk users in San Francisco, she says many areas around the state don't have similar programs.

Those gaps prompted a move in the legislature to expand access to the drug through pharmacies. And with a new law in place, a growing number of pharmacies, including the chain CVS, have begun signing on.

Dr. Phillip Coffin directs substance use research at the Department of Public Health in San Francisco. While not a scientific study, he says the number of recorded overdoses has dropped significantly since the city began supporting Naloxone distribution.

Back at Mission Wellness, pharmacists believe the new model will get the antidote into the hands of more people.

"And so we can increase the availability of Naloxone in the community and save lives," he said.