KGO
By and ABC7 staff 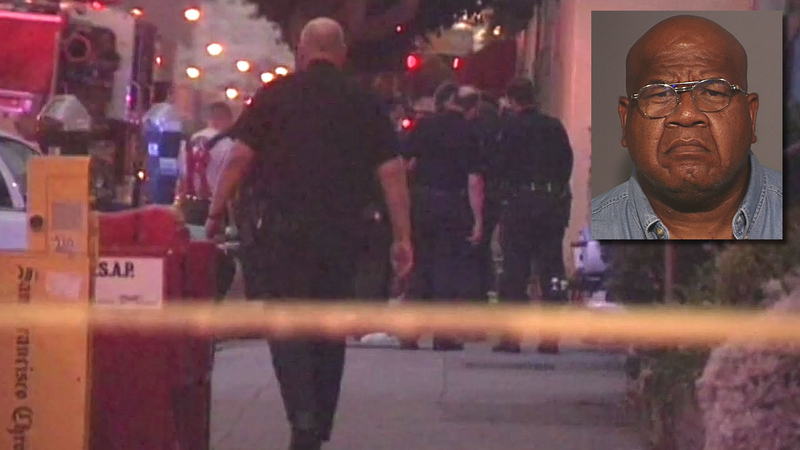 SAN FRANCISCO (KGO) -- A caretaker, wanted for allegedly beating a 96-year-old man in Sonoma County, crashed into a vehicle and injured two police officers in San Francisco. The assault suspect died in police custody in the Marina District.

The events began in Sonoma County sometime before 4 a.m. on Thursday. Sonoma County Sheriff's deputies believe the caretaker, 57-year-old Filimoni Raiyawa, was on the run after beating 96-year-old Solomon Cohen.

Someone at the residence in the 13000 block of Dupont Road in Sebastopol called for an ambulance around 5 a.m. regarding a reported fall victim. Medical responders said Cohen's injuries were suspicious and not consistent with a fall. Sheriff's deputies determined Cohen was badly beaten with an unknown object and was taken to the hospital with serious head injuries. An alert was sent out saying they were looking for Raiyawa in a light blue Honda Odyssey.

At 5:30 a.m. on Richardson Avenue near the Golden Gate Bridge, Raiyawa in the Honda Odyssey rear-ended a BMW, pushing it into parked cars. San Francisco police say when the crash victim approached Raiyawa, Raiyawa got out of the van and was speaking in a incoherent manner.

"He was speaking something about God. God's will..." San Francisco Police Chief Greg Suhr said.

Man who died in SF police custody was wanted for attempted murder in Sonoma County this morning. pic.twitter.com/CyMfNR4RVW

Suhr said the victim ran, fearing for his safety, and called 911 to report the collision. Police say he then followed Raiyawa for about a block before returning to the crash scene.

A few blocks away at Lombard and Pierce streets, two female officers tried to detain Raiyawa, whom is about 6'0" and 265 pounds.

"One officer was thrown to the ground and suffered head injuries. Another was punched multiple times by the suspect," San Francisco Police Sgt. Greg McEachern said.

Police scanners alerted other officers to the brawl which so violent it toppled a chain-link fence along the sidewalk.

Raiyawa then pounded on the door of the IHOP restaurant, but the restaurant manager refused to open the door. Raiyawa then walked up the sidewalk where officers arrested him in front of a hotel. Police say while waiting for an ambulance, he experienced a medial emergency and stopped breathing.

A guest at the Surf Motel said he saw the unsuccessful effort to revive him. The witness said, "They were doing CPR. They were doing all the right things."

Police have surveillance video from nearby businesses to help with the investigation.

Suhr who attended the funeral service for Hayward Sgt. Scott Lunger is relieved his injured officers are OK. He told ABC7 News, "Right now, we're just happy that we don't have another lengthy hospital stay or funeral to attend."

The two police officers were taken to the hospital and later released. One officer suffered head injuries and a concussion, and the other was treated for an injury to her hand.