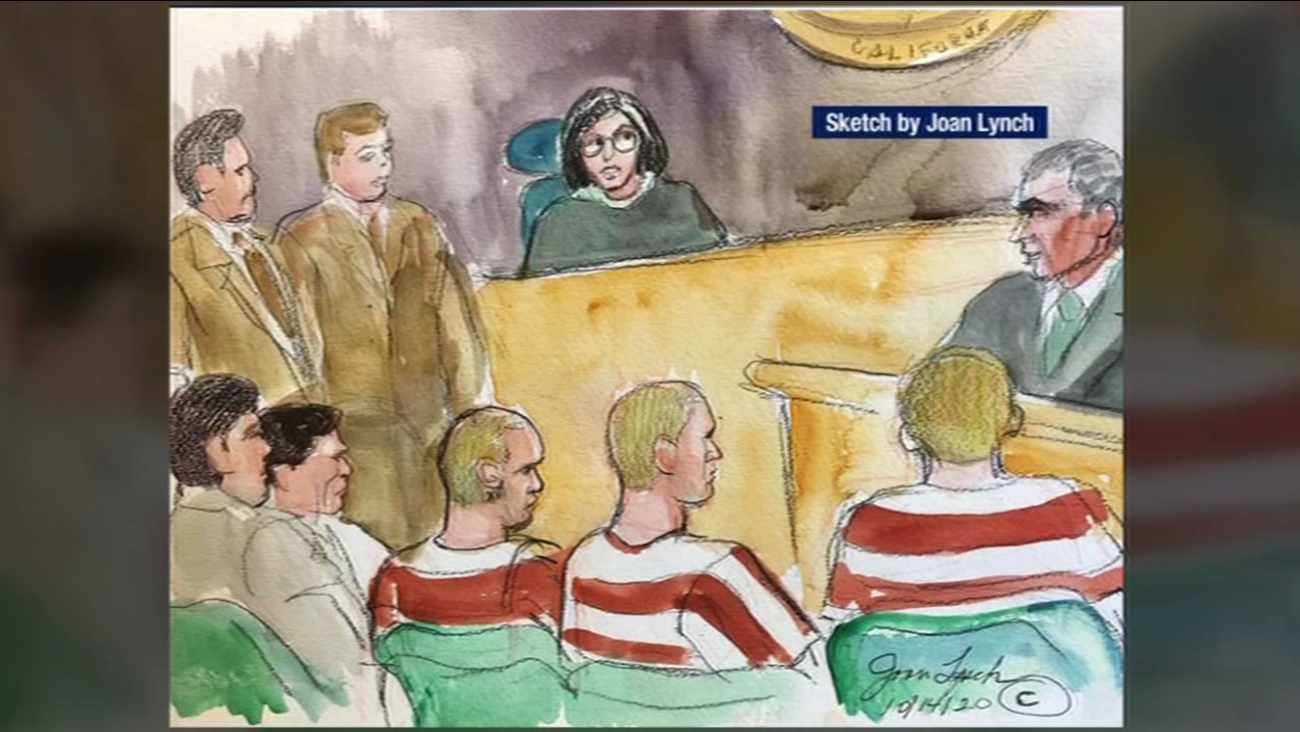 SAN FRANCISCO (KGO) -- Three murder suspects appeared in Marin County court on Monday to answer charges in connection with the shooting deaths of a beloved yoga teacher and a Canadian tourist in Golden Gate Park.

Robbery may be motive in killings of strangers in San Francisco, Marin County
Authorities say now that they've linked the killings of two strangers in the Bay Area to the same suspected killers, they're now working to see if any other unsolved crimes can be linked to the three drifters.