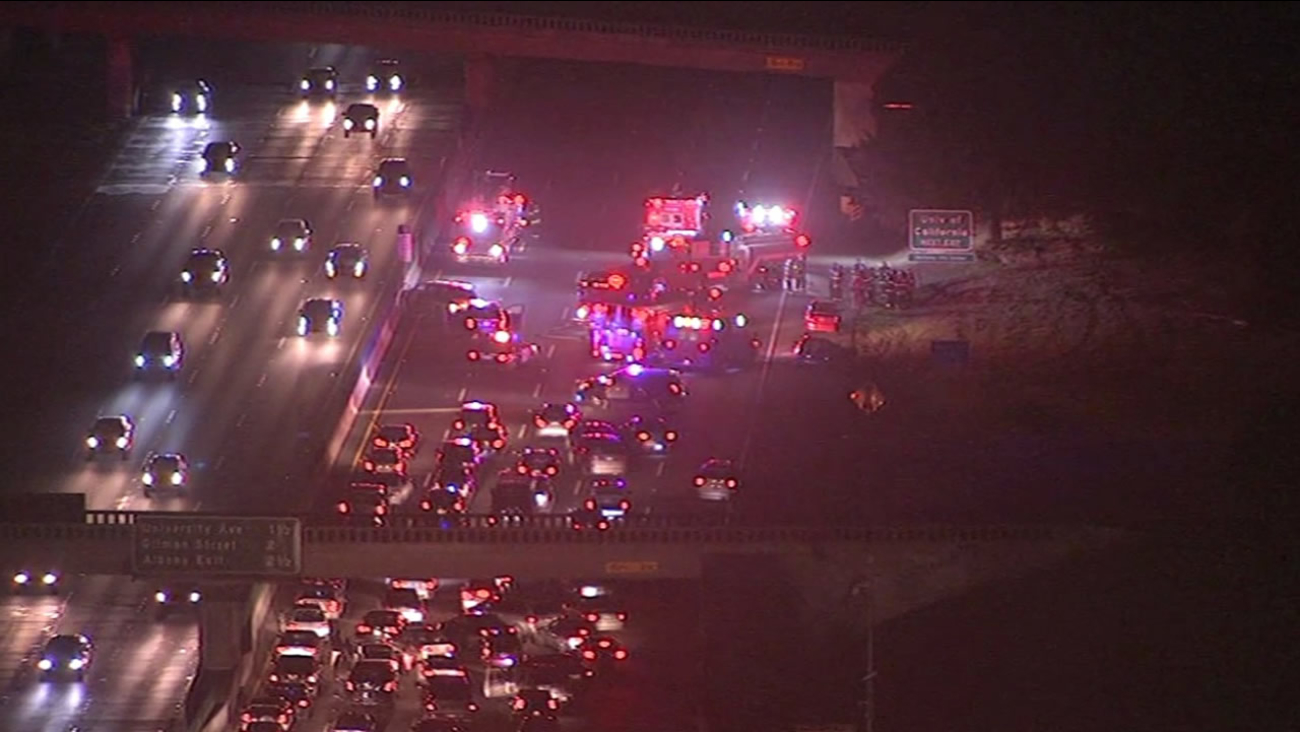 A multiple vehicle accident shut down I-80 in Berkeley on Saturday, December 5, 2015. (KGO-TV)

California Highway Patrol Officer William Ogilvie said an elderly woman was reportedly suffering injuries of an unknown severity due to the multiple-vehicle crash, which was reported at 10:16 p.m.

The crash occurred on the eastbound lanes of Highway 80 near Ashby Avenue, Ogilvie said. Fire and medical crews responded to the scene.

As many as six cars were reportedly involved.