'Trump is disgusting' written in sky over Rose Parade 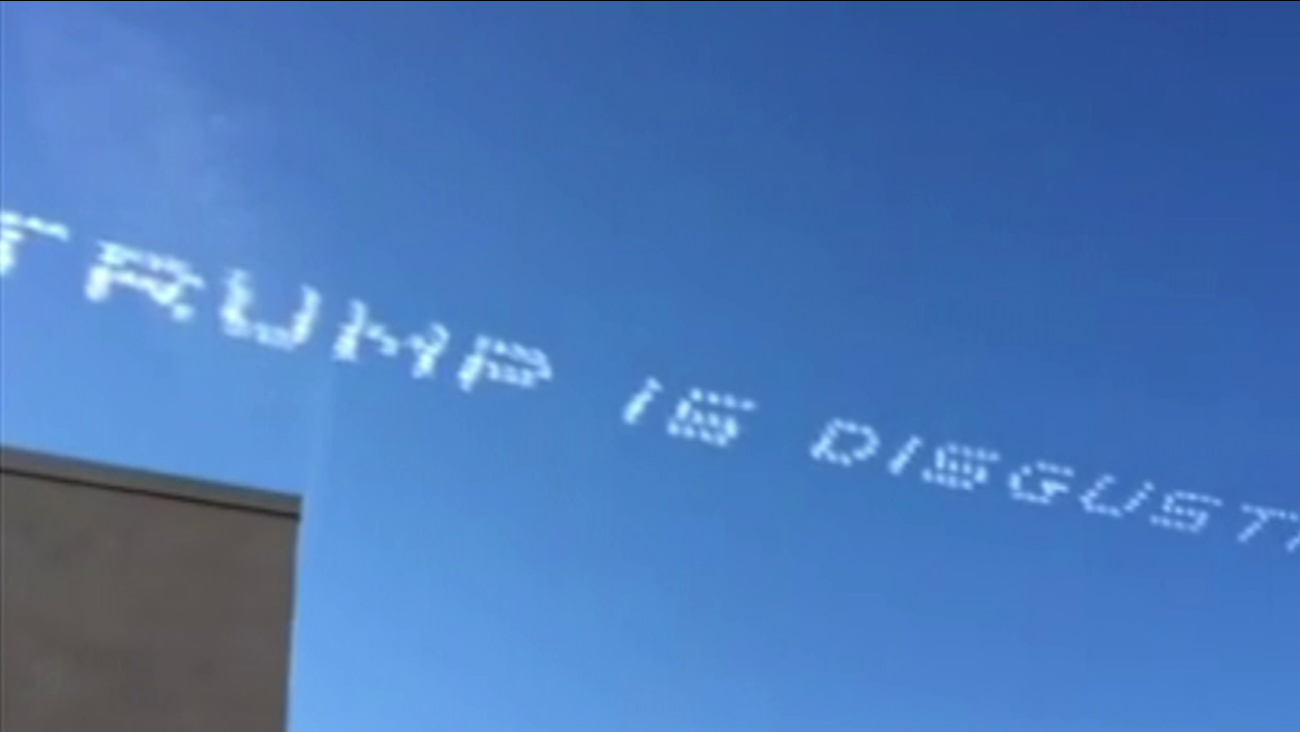 Skywriters wrote 'America is great! Trump is disgusting' over the Rose Parade on Friday, Jan. 1, 2016.

"America is great! Trump is disgusting," was the message sprawled across the sky in Pasadena as floats paraded in front of cheering fans.

Faith in America is restored. This is being written in the sky above the Rose Bowl Parade #AnybodyButTrump pic.twitter.com/QgL0SoRWK5

Skywriters later wrote "Anybody but Trump."

Sky writer at Rose bowl parade “America is Great. Trump is disgusting Anybody but Trump” pic.twitter.com/e1QyPmxN9S

The political message was written before Iowa and Stanford faced off in the 102nd Rose Bowl.

Iowa is the first caucus state which will vote on Feb. 1.

A company by the name AirSign appears to be behind the writing of the anti-Trump messages on Friday.

Who's ready to see some skywriting? We are about to steal the show! #RoseParade #AnybodyButTrump

AnybodyButTrump.us appears to be funded by the We The People Foundation, according to its website.
Related topics:
pasadenalos angeles countydonald trumprose parade
Copyright © 2021 KABC-TV. All Rights Reserved.
TOP STORIES
High-speed chase through East Bay ends in crash
Oakland votes to redirect police funding to violence prevention
At least 3 dead, up to 99 missing in Florida building collapse
Audio recording released with voice of VTA rail yard gunman
Security camera video shows moment of Surfside building collapse
CA lawmakers seek to remove 'he' from state laws
Levi's Stadium vaccination site closes after 4 months
Show More
Here's how you can get free Giants tickets with your COVID-19 vaccine
Biden, bipartisan senators have deal on infrastructure
Kitten rescued from freeway ledge near SFO up for adoption
Heat wave heading for NorCal, some spots to reach 114
Nearly all COVID deaths in US are now among unvaccinated
More TOP STORIES News