Pedestrian struck and killed by vehicle in San Jose 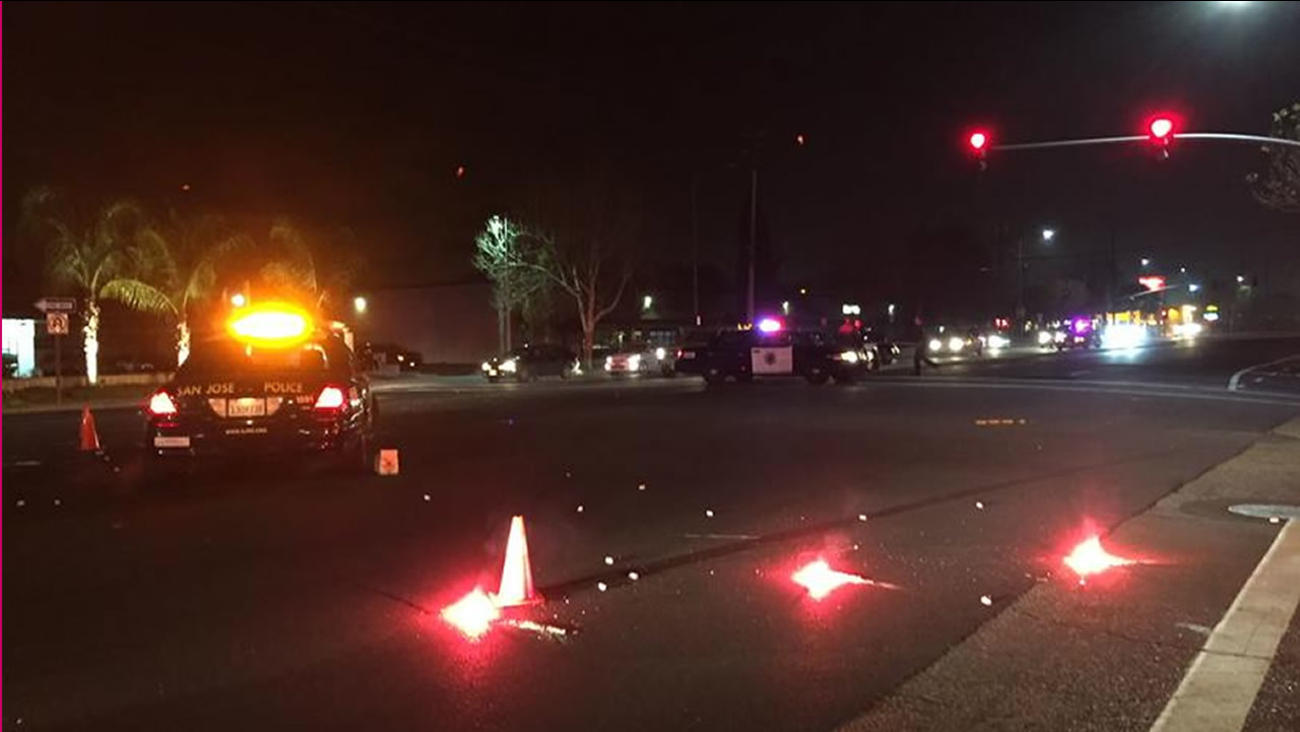 A car struck and killed a pedestrian in San Jose Thursday night around 6 p.m. at 1669 Monterey Highway in San Jose.

SAN JOSE, Calif. -- A car struck and killed a pedestrian in San Jose Thursday evening, according to police.

The collision occurred around 6 p.m. at 1669 Monterey Highway, according to Officer Albert Morales.

The pedestrian, an older male adult, was pronounced dead at the scene. His identity and age have not yet been confirmed, Morales said.

Morales did not have information on whether the pedestrian was in a crosswalk.

The driver remained at the scene and is cooperating with police. Alcohol does not appear to have been a factor in the collision.