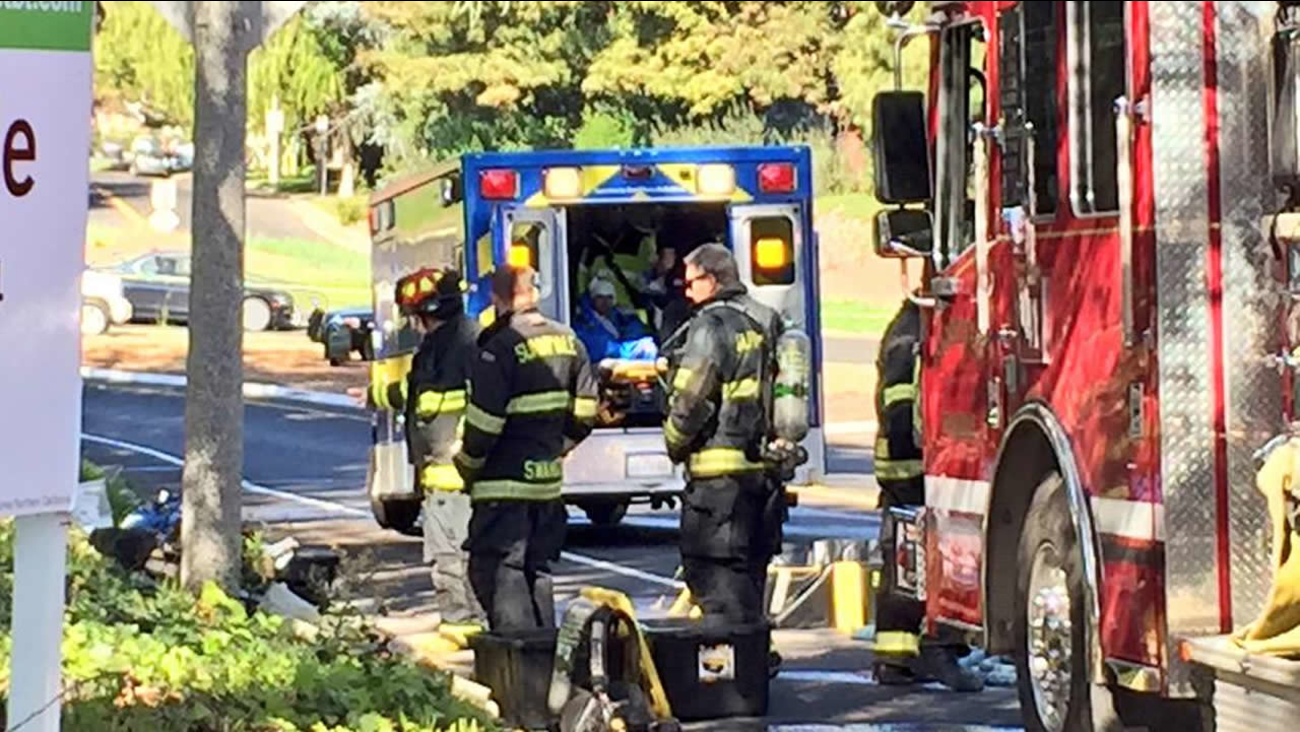 SUNNYVALE, Calif. -- Two people suffered minor injuries in an explosion and hazardous materials incident at a Sunnyvale business Thursday afternoon, according to the city's Department of Public Safety.

The department issued an advisory at 2:10 p.m. about the incident in the 200 block of Sobrante Way and asked people to avoid the area.

There was an explosion in a manufacturing area of a business there. The business uses hazardous materials as part of its manufacturing process, public safety officials said.

Any hazardous materials have been isolated to the business and there is no danger to the public, public safety officials said. The two
people injured were employees of the business and were being treated at the scene.

A building has been evacuated and officers have blocked off Sobrante Way during their response to the incident.