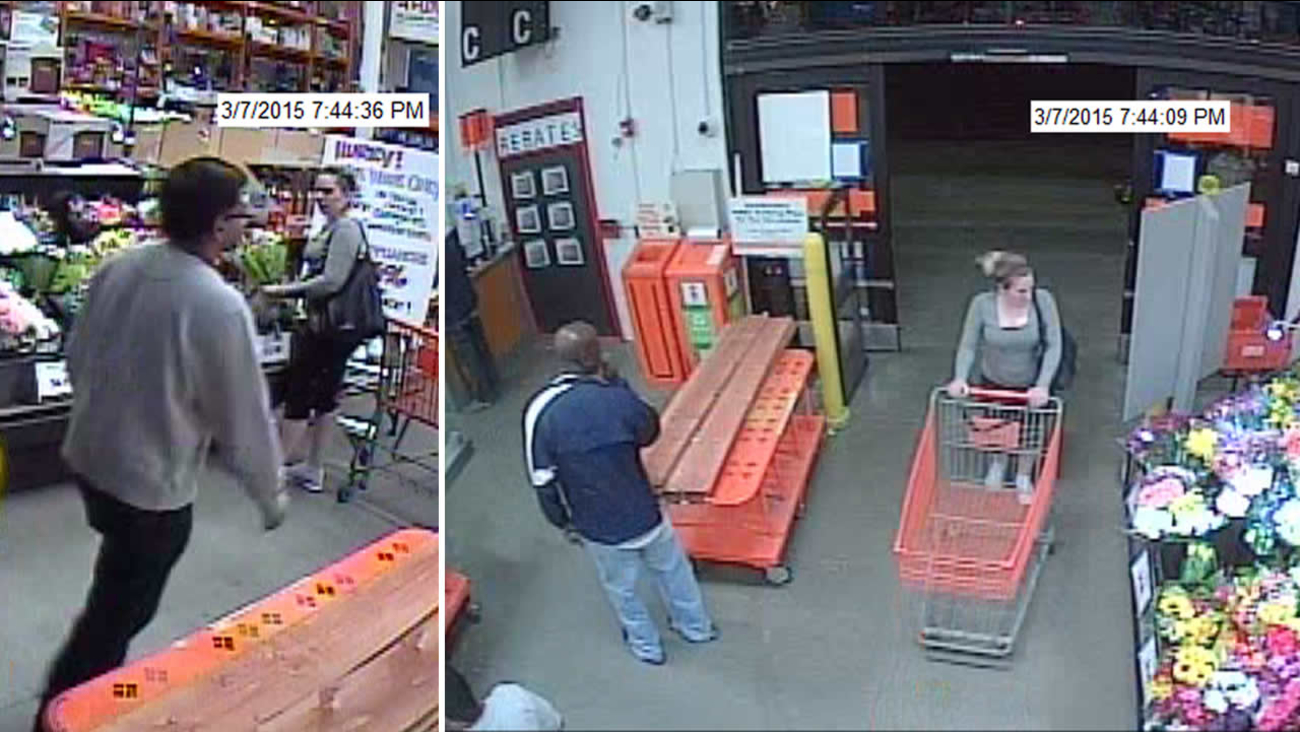 PLEASANTON, Calif. -- Pleasanton police are searching for two people accused of trying to run over a Home Depot employee while making a getaway.

Officers responded to the store at 6000 Johnson Drive on Saturday around 10:20 p.m. and discovered that a loss prevention officer had tried to apprehend a woman who had just stolen some power tools.

Police say the employee stopped the suspect in the parking lot, and that's when her accomplice tried run over the officer with his car.

As the woman was being detained, police say her accomplice drove a vehicle into the employee and knocked him down. The woman got in the vehicle and the two left the area on Owens Drive toward Johnson Drive.

Officers searched the area but were unable to find the suspects. The loss prevention officer suffered a knee injury and scrapes and bruises and is expected to recover.

Police are describing the female suspect as a 25- to 30-year-old Caucasian adult, about 5 feet 6 inches tall and 160 pounds. She was wearing white tennis shoes, black leggings with glitter and a light-colored shirt.

Police are describing the male suspect as a Caucasian adult.

The vehicle is being described as a gold, older model Lexus or Acura four-door sedan.

Anyone that can help police identify the suspects is being asked to call the Pleasanton Police Department at (925) 931-5100.